The subject of ghosts seems to come up a lot in conversations about our house. People always want to know if we have one or have seen one.

Not that I'm the best person to ask, since I suspect I would be the last person on earth susceptible to a haunting. Too practical and impatient. If I heard chains rattling in the middle of the night, I would be not so much afraid as pissed off that one more thing was disrupting my sleep.

A. always claimed that the only reason we don't have a ghost is because it's been the same family living here for 140 years. He suspects that if anyone else moved in, the ghost of Aunt Elizabeth (a turn of the 20th century relative renowned for her unpleasantness) would haunt them out of the house.

However, my niece, who is twelve years old, and one of our current house guests, who is eleven, both used the word "creepy" to describe our house. So maybe there's some kind of restless spirit that only haunts pre-teen girls?

Or maybe pre-teen girls who have spent their lives in modern houses find a setting so old and antique to be vaguely disquieting.

In any case, for anyone who has ever wondered, there is no resident ghost at Blackrock. And there had better not be as long as I'm living here. I have enough to deal with. The ghosts will just have to haunt someone else.
Posted by Kristin @ Going Country at 10:54 AM 5 comments:

Labels: all about me, Blackrock

We are anticipating a full house of guests this week. When the MiL was discussing the room in which one particular guest would be sleeping, she referred to that room as "Audrey's Room."

Say what? That particular room has always been referred to as "A.'s Old Bedroom," (for obvious reasons) since I've lived here and never before have I heard mention of an Audrey. Addy, yes. The very back bedroom upstairs is always referred to as "Addy's Room." Addy was the last servant ever at Blackrock. She went back to Harlem to visit her family in the 1930s (I think) and never came back.

Can't say I blame her.

I of course requested enlightenment from the MiL about the mysterious Audrey. She was the hired girl during World War Two, and she apparently had problems with wetting the bed*.

Almost ten years in this house and its history still surprises me.

* Not the same bed that is currently in there. You may think this would be obvious, but this is Blackrock we're talking about. My children sleep in beds that date to at least the 1950s.
Posted by Kristin @ Going Country at 6:24 PM 1 comment: 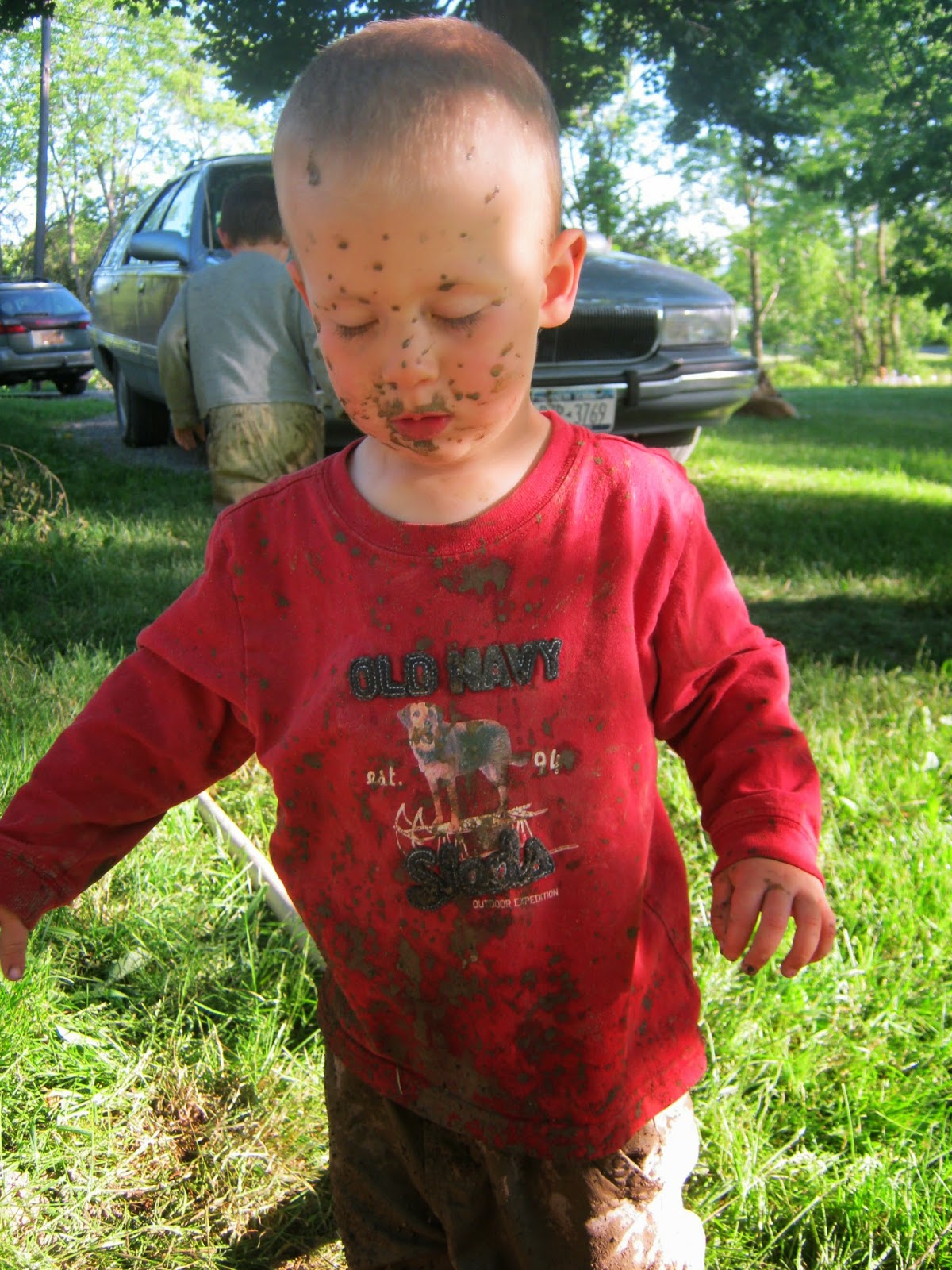 Happy birthday to
the indomitable Charlie
Posted by Kristin @ Going Country at 5:26 AM 4 comments: