Long version: "Italian sliders" is what I call tiny hamburgers that are seasoned like meatballs (garlic, oregano, basil), but don't have any eggs or breadcrumbs in them.

I stole some of the pesto and grated Parmesan for the squash, and it was pretty much just as good as the pasta. The children do not agree.

Just as complicated as it sounds, yes.

Long version: The brisket went in before we went to church--with only salt, pepper, chopped onion, apple cider vinegar, and water--and cooked from 7 a.m. to noon. I sliced it and warmed it with barbecue sauce at dinnertime.

At the same time I was cooking the brisket, I baked some sweet potatoes and a loaf of zucchini bread, with a few extra zucchini muffins. Except I forgot to put in the butter I had melted in the microwave.

Yes. I forgot to put in the butter. Such a classic "Kristin following a recipe" moment. (This recipe, to be specific.)

I was going to give the loaf of zucchini bread to Rafael, because he supplied the zucchini I used to make it and he always drops pretty obvious hints about zucchini bread whenever he gives us zucchini. I tasted one of the muffins, and they were amazingly good considering that a major ingredient was left out, but they definitely didn't have that nice zucchini bread texture. So I decided to keep this butter-less loaf and make another one for Rafael that has fat in it.

It's nice to know that you can actually make zucchini bread completely fat-free should you run out of oil or something. Not that I'm ever without some source of fat, but anything's possible.

Long version: This is the very last of the lamb we butchered in April. A. was in the charge of the ribs, as always. And as always, he marinated them in vinegar and a ton of garlic, then grilled them.

The plantain was a new one for us. A. had it with a breakfast meal he got at a restaurant a couple of months ago and really liked it, so when we saw them in the city a couple of weeks ago, I bought one. I looked up various recipes for fried plantain, and then just kind of . . . fried it. 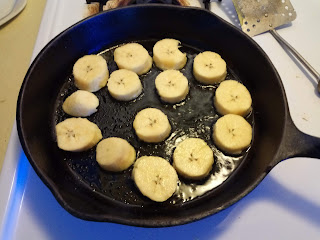 I used a cast-iron skillet, as I always do, and coconut oil. Nothing else but salt. Some recipes actually tell you to coat the slices in sugar, but mine was so ripe that it already tasted almost like a banana, so I didn't use any sugar.

They browned well, and were nice and crispy, but only A. and Poppy liked it. Oh well. It was fun to try something different.

Long version: This must not have been a very satisfying dinner, because everyone came back to the kitchen about thirty minutes later for thick slices of bread with butter and jelly.

Or maybe they just really like bread with jelly. Can't really blame them for that one.

Long version: This was Jack's first day of school--the preschool starts almost a month later than the other students--so I made his favorite dinner, using chunks I cut off a big pork sirloin roast, plus onion, carrots, bell pepper, mushrooms, and green beans.

The Otter Pops came from Miss Amelia. Apparently people just keep Otter Pops on hand around here on the off chance a kid might come along and require some luridly colored frozen sugar. I know this because this is the third time my children have been handed these unexpectedly. They don't mind.

Long version: It seems stupid to be serving frozen peas when we have all these green beans coming out of the garden, but Charlie requested them, so I did.

It was really too hot to be broiling and baking meatballs and bread, but I did it anyway. And I have no regrets. 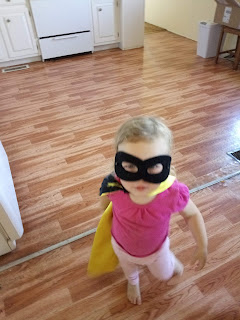 Neither did Super Poppy.

A Day of Labor


Big day around the ole New Mexico homestead yesterday, where we celebrated the triumphs of the labor force by . . . laboring.

A. worked on the stone wall that he'll be building for the next, oh, decade. 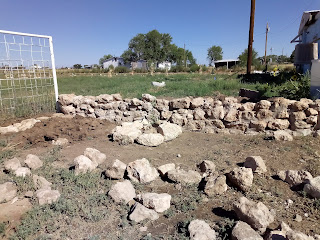 He asks us to imagine the whole property surrounded by a white stone wall in the Mediterranean style. It's a nice vision.

I spent some time in the morning peeling and slicing apples to dry out in the sun--specifically, on the hood of the Honda, which is where I put the trays--and Cubby decided he wanted to lay in his own personal stash for winter. 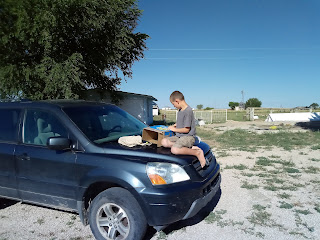 I tried to tell him that HE didn't have to be up on the hood for the car to do his prep, but I guess he favors economy of motion. 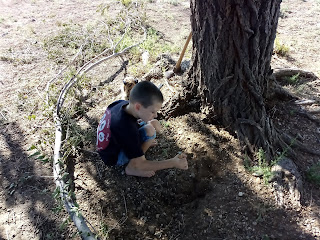 Alas, either the map was a dud or someone got to the treasure before he did. 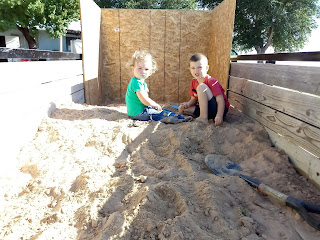 And Poppy got in his way. We all have our roles to play, and that is the role of the little sister.

In addition to my usual work: 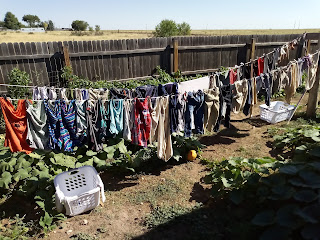 I sanded and painted a dresser.

This dresser came from the house we bought next door. It's an old, cheap dresser, but free, and I thought it would be nice to replace the small, also cheap pseudo-dresser I got on Amazon for Charlie and Jack's room that doesn't actually have enough room in it for all their clothes.

The "new" dresser had some kind of incredibly ugly pale yellow varnish on it that I could not look at every day for the next twenty years, so I decided to paint it. First I sanded it, though, because the varnish was extremely slick and I didn't think the paint would adhere well.

I used A.'s power sander. First time I'd done that. Did not like. I am not a fan of power tools. Too loud and they vibrate so much.

Anyway. I sanded, then I painted. 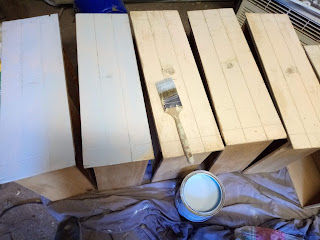 I painted it the same pale blue color that the outside of our house is painted, because Dale left behind almost a full gallon of the paint, and the curtains in that bedroom are blue, too. Yes, I used exterior paint for a piece of furniture, which I'm sure is not recommended, but hey, it's what I had. And maybe it will hold up better to the abuse that will no doubt occur in a room full of boys.

I even unscrewed the nasty-looking pulls from the drawers and painted them with some gold spray paint I already had on hand. 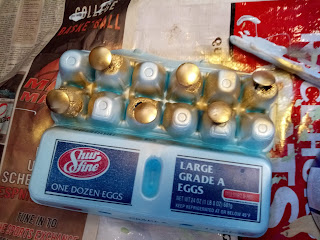 I was pretty proud of the egg-carton stabilizer idea.

And then one of the puppies--Jasper, and I suspect it's always going to be Jasper--apparently decided to inspect my work. I know this because I came outside about half an hour later and found that he had blue paint on one ear, one leg (the opposite side from the ear, even!), and his tail.

Despite the puppy interference, I'm pleased with how it came out. 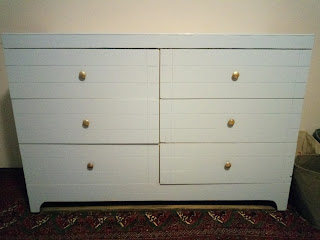 Fancy (fake) gold pulls and all.

It wasn't a restful holiday, but it was very productive.