WHAT? Is this the apocalypse? My garden fervor has waned? No exhaustive posts about vegetables? No incessant whining about canning? NO TOMATO CRAZY?

I could blame it all on my children--and in fact their tendency to suck all my time and energy is a large part of it--but really it just comes down to the fact that I have not made the garden a priority this year. There are several reasons for this, but one of them is that I feel defeated by it. It's just so big. And so weedy. And I'm so tired all the time.

The MiL did most of the planting in the spring. Then the deer and rabbits showed up and razed the joint. They more or less totally destroyed the tomatoes. And the beets. They've taken nibbles of everything in there, even the peppers.

They sheared off the top layer of leaves on the long row of Dragon Tongue beans I did manage to plant, but they did not actually destroy them. It's a testament to this variety that even with extensive deer damage, they're still producing frightening numbers of beans.

Because I didn't plant enough cucumbers for anything more than fresh eating--and I don't care enough to go buy a bushel of pickling cucumbers for pickles--I decided to make some Dilly Beans. 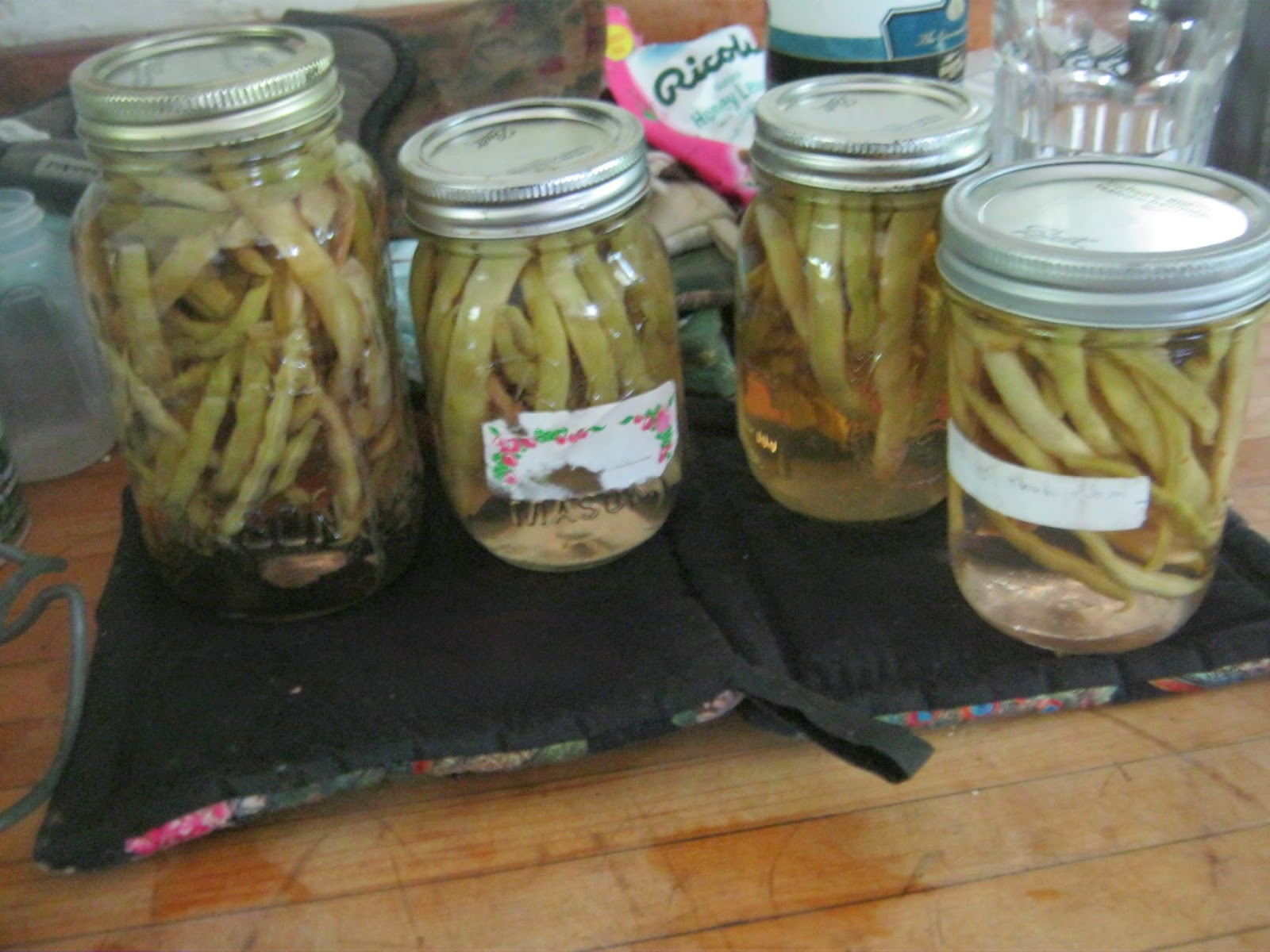 A summer without some kind of pickle would be a sad summer indeed.

Those four and a half pints of Dilly Beans are most probably going to be the sum total of my canning for this year. I can live with that.

Though I sure do miss having my own canned tomatoes in the winter.
Posted by Kristin @ Going Country at 11:28 AM 4 comments:

Labels: all about me, fun with food, gardens, The Tomato Crazy

To Quote the Ultrasound Technician . . .


"Oh, Kristin. I'm afraid you're doomed to be very outnumbered."

Tomorrow I go to the doctor for my 20-week check-up. This means two things: 1) I'm halfway through this pregnancy, and 2) This is the big sex reveal ultrasound appointment.

Charlie states a preference for a brother. He can't talk well enough to say why he wants a brother. And there is, of course, the likelihood that he has no idea what I'm talking about and is pursuing his own conversational path. That happens a lot.

The MiL hopes for a girl.

A. kind of hopes for another boy. He hasn't much experience with little girls, and he loves his boys so much, I think he can't imagine even having a girl.

So we have two votes for a girl and two votes for a boy. That leaves me as the tie-breaker. Which is no help, since I honestly don't care one way or the other (no, really and for real honestly--I am not secretly harboring desperate hopes for a daughter, promise).

Like all of it matters one bit, right? This kid is already one way or the other (or some mysterious third option that I probably don't want to consider at this moment), so all we can do is wait for the image to come up on the screen. And hope we don't have one of those irritatingly coy babies who refuses to exhibit at the big moment.