I love my older son. He is funny and brilliant and his personality is bold enough to eclipse a Broadway actor.

But Charlie wants to remind us all that he's not playing second fiddle to anyone. Not even a fiddle as loud and strident as Cubby. 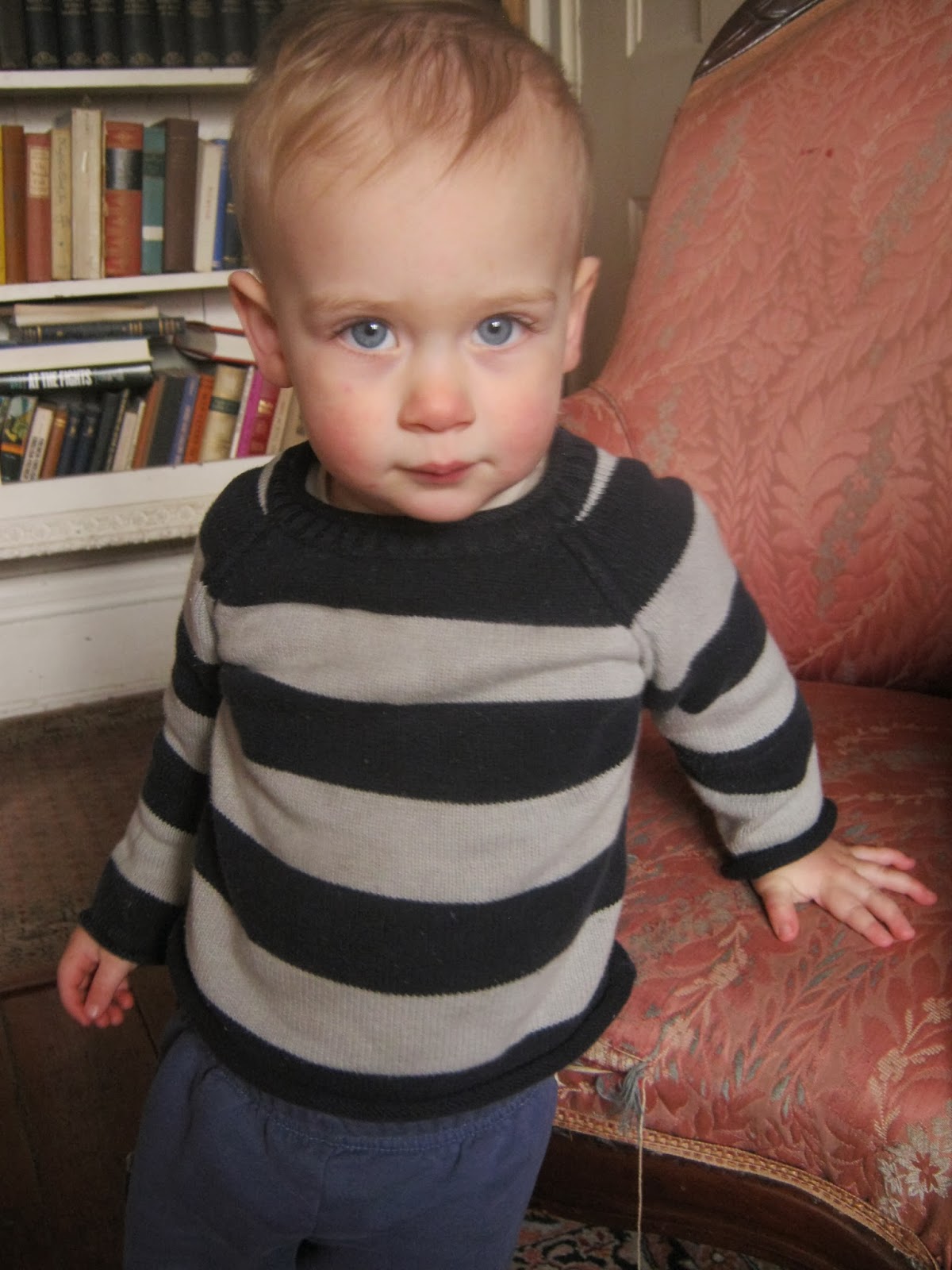 Lose yourself in my limpid blue eyes . . . 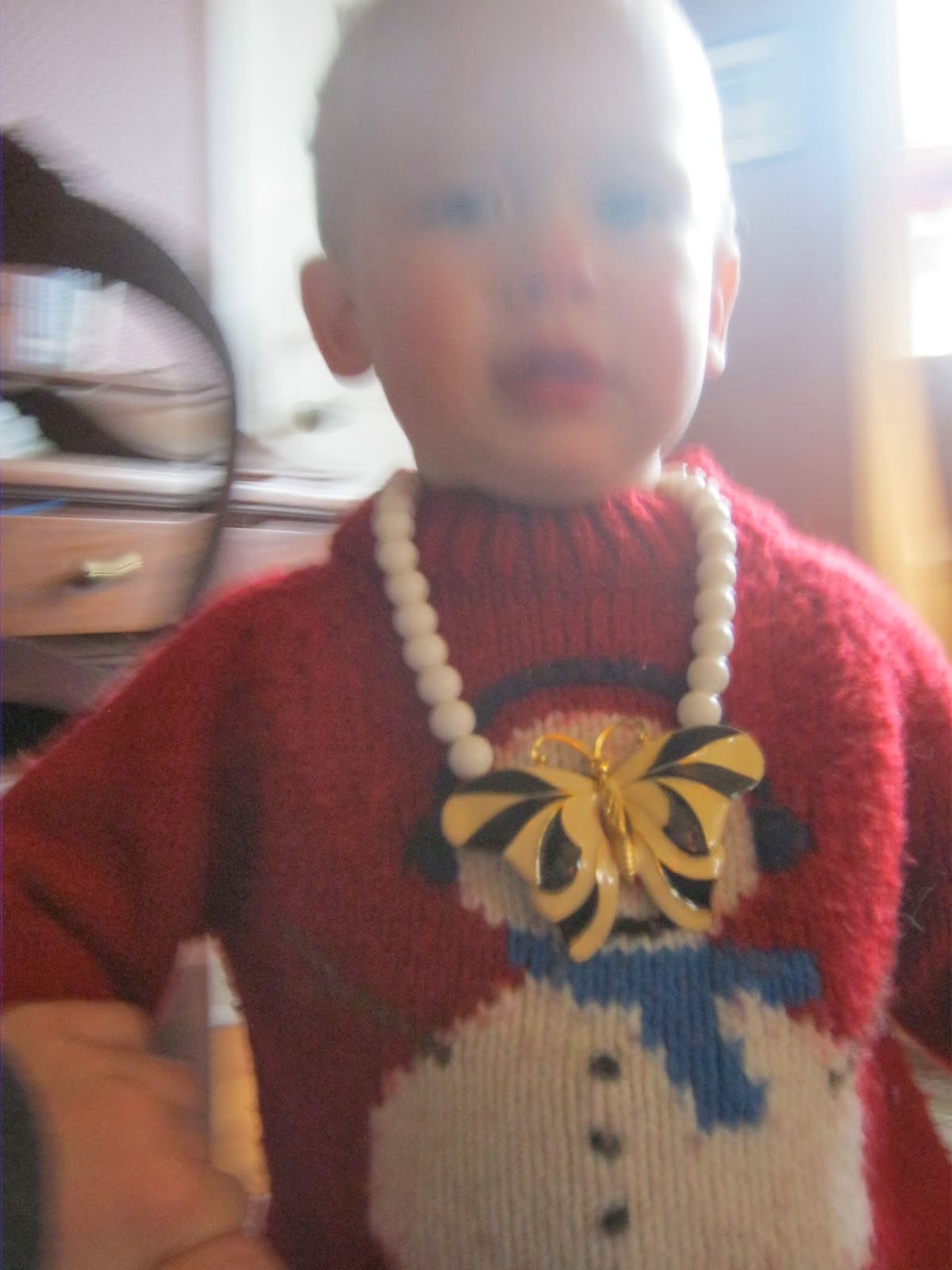 The following conversation occurred in our kitchen last night as A. prepped something on a cutting board . . .

Cubby: Daddy, what are those?

A.: They're called Rocky Mountain oysters.

A moment of silence as Cubby considers this . . .

Cubby: Were they swimming around in the lake?

A.: No. They're not real oysters. They're part of the lambs we butchered.

Cubby: Can I touch one?

And me? I kept my mouth shut and just turned red from suppressed laughter.

Obviously, A. decided to try cooking the testicles from the two male lambs he slaughtered on Sunday. None of us had ever had this particular delicacy before. A Rocky Mountain oyster is a preparation in which the testicles are trimmed up and deep fried.

I know. The thought is a little repellent. I bet no one will be surprised, however, to learn that my children LOVED them. They ate almost all of them by themselves. A. ate a couple of pieces. I ate one small piece just to try it. It wasn't bad. It didn't have much flavor at all--other than the grease flavor all fried foods have--and the texture firmed up enough while cooking that they weren't as spongy as I'd feared. I'm not a fan of oysters, but A. said they were at least as good as real oysters.

The little veins in them, however, were totally unappealing. Should you ever wish to try one, I would recommend eating them whole and not cutting them up.

I, in the meantime, very much enjoyed my pork chops and sauerkraut. I'll leave the testicles to the men of the house*.

* Is it just me, or does the idea of males eating testicles seem sort of . . . traitorous? Though what would I know? I'm just a girl.
Posted by Kristin @ Going Country at 6:05 AM 9 comments:

The Story of the Hour

That would be the cold. Or maybe that should be The COLD.

Yeah. It's cold. Currently two degrees at Blackrock. It's hellishly windy (always a hit with me, you may recall). This means that not only would it be very uncomfortable to be outside for any period of time, it would also be dangerous.

I was kind of counting on preschool today for Cubby to get through the day. The day that started with Charlie waking up at 4:30 this morning and crying for a couple of hours before going back to sleep. My demoralization was complete when I checked my e-mail and found that preschool is canceled for the day.

But hey! It could be worse! We could be like Mr. Jason.

See, Mr. Jason was in Arizona at the same time we were. He goes every year to Phoenix to see his mom for Christmas. He and A. met up for an epic overnight fishing trip north of Phoenix while we were there. Once he got there, that is. He was involved in the massive travel delays the weekend before Christmas. It took him two days to get to Arizona. He was supposed to leave Phoenix on December 30.

He called yesterday to tell us he's still in Phoenix. Yeah. He's been stuck there for a full week. No seats are available on any airline that he can find. He can't get home. He's a lot more fortunate than most, in that he's waiting in a place in which he has a place to stay, and he has no emergencies waiting at home (like pets or a house with freezing pipes).

But still. A WEEK. The very thought makes me panicky.

So I may be stuck in my house with two fussy children, but at least I'm in my house. There's a silver lining if ever there was one.
Posted by Kristin @ Going Country at 6:12 AM 3 comments:

Labels: all about me, Charlie, country wisdom, Cubby, friends, preschool

All Together with a Will

Okay! Here we go with the first official real work week of 2014! Who's ready?

At least we had a weekend after returning home to put our lives in some semblance of order before jumping back into the routine. In my case, that meant a lot of picking up (I do not recommend leaving for a trip the morning after a Christmas celebration--chaos abounds upon return), laundry, vacuuming, mail sorting, yogurt making, and all the other dull things that restore a house to order after a ten-day absence.

In A.'s case, that meant slaughtering a couple of lambs.

He wanted to do it before we left, but what with all the Christmas and traveling preparations, I had to resolutely refuse to add butchering to the list of things to do. However, the sheep are fully into hay-eating season, and it is kind of silly to pay to feed two sheep that are only going to feed us eventually. So yesterday was the day. A. managed to not only gouge his back pretty good on a piece of barbed wire, but also to cut his knuckle to the bone when his meat saw slipped.

I think so much time in Arizona must have dulled his woodchuck instincts.

Anyway. The floors are vacuumed, there's yogurt in the fridge and two lambs hanging in the shed, and Cubby starts preschool again tomorrow.

The Family Blackrock is back.

* For correct grammar's sake, that should be "I," but saying or typing "not I" makes me feel ridiculous. Popular usage it is! Isn't it nice that English is such a hip, up-to-the-minute, and adaptable language? Or something.
Posted by Kristin @ Going Country at 4:46 AM 4 comments:

Labels: all about me, animals, sheep, the A team
Newer Posts Older Posts Home
Subscribe to: Posts (Atom)