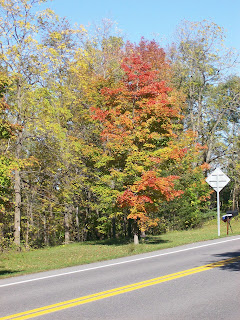 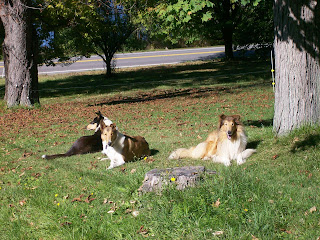 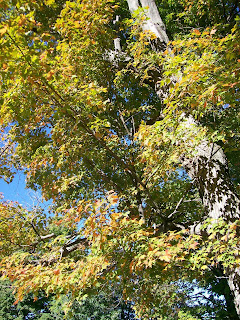 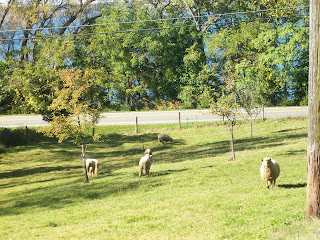 So you knew Cubby had to catch my cold, right? I mean, how could he not, what with his determination to stick his fingers in my mouth at every opportunity or get my fingers in his mouth. An exchange of germs was just unavoidable. And so now, as I move into the hacking-like-a-chain-smoker phase, Cubby is in the spraying-slime-from-his-nose-when-he-sneezes phase.

We're a way fun duo at the moment, let me tell you.

Last night was a study in Unfun, as Cubby woke up every couple of hours to let me know that he was drowning in mucous and could I please remedy that situation now? Except the remedy for this problem is the euphemistically named nasal aspirator, which is nothing more than a small turkey baster used to suction snot out of a baby's nose. Which is why I call it the snot baster. Cubby hates the snot baster, and said baster is pretty much impossible to use when the snot-producer is squirming and screaming. Not that I blame him--I wouldn't want a rubber pipe jammed up my nose, either.

So, you know, not so much with the sleep last night.

However! Cubby is surprisingly chipper this morning. Much more than I have been, that's for sure. And if my experience with this cold is any indication, everything should be much improved in a couple of days. At which point A. will probably come down with it, just so we're three for three. But at least I won't have to use the snot baster on him.
Posted by Kristin @ Going Country at 6:46 AM 7 comments:

But! I have moved on to the occasional black tea with cream, instead of herb tea with honey. A sure sign of recovery. Good thing, too, as I was so wretched with fever and misery last night that I couldn't even eat the blackberry/apple cobbler the MiL made. And there was even vanilla ice cream. I KNOW. CRAZY.

When I refuse dessert, you know I'm really sick.

However, I had a piece this morning, even though my sense of taste is still not operating at full capacity. Even with diminished flavor it was delicious, though, and I look forward to the time when I can appreciate it properly.

That time has not yet come, sadly, but give me another day or so and I'm sure I'll be plowing through that cobbler with no trouble. If A. leaves me any, that is.
Posted by Kristin @ Going Country at 8:59 AM 6 comments:

So Much for That

Much as I enjoyed my coffee yesterday--and OH DID I EVER--I am not having any today. And why not, you ask? Because when I have a cold, I don't drink coffee. I drink tea, with lots of honey and a little lemon.

I've had three cups of tea so far this morning. I'll allow you to come to your own conclusions about how chipper I feel today.

I also gargle with salt water when my throat hurts, which, in a spectacular example of timing, The New York Times just endorsed in their Health section. I feel vindicated.

Other than those things, though, I pretty much just stock up on tissues and surrender myself to the misery. I hate medications of any kind, but especially cold medicines. Nyquil, begone! Though I bet A. kind of wishes I took it, so that I would just stay in a Nyquil-induced coma all night instead of coughing and blowing my nose every ten minutes.

Not such a good night last night.

A. likes mustard plasters when he has congestion in his chest, and the MiL swears by hot toddies. I'm okay with just my tea and honey. And salt water.

What's your prescription for cold treatments?
Posted by Kristin @ Going Country at 6:47 AM 10 comments:

Labels: all about me, MiL, the A team

After a couple of weeks of inferior (to my tastes, anyway) coffee because I ran out of my New Orleans blend coffee and had to wait until the next scheduled shipment, I was more than ready for my chicory. It arrived yesterday. I had my first cup this morning. The angels sang.

Yes, for coffee. Angels like chicory coffee. Didn't you know?

AND, just to make it even BETTER, the au lait part consisted of some Jersey milk the MiL picked up from a local farm this past weekend. Jersey milk has a much higher percentage of milkfat in comparison to the ubiquitous Holstein milk, and is therefore much richer and more delicious.

It's a small and insignificant joy, to be sure. I mean, nothing like the life-changing, soul-stirring joy of Cubby for instance. But since THAT particular life-changing joy decided to wake up at five this morning, the presence of good coffee to keep me from a catatonic state was significantly more joyful.

Have you had any small but nonetheless extremely welcome happiness today? Please, share the joy with us all.
Posted by Kristin @ Going Country at 7:31 AM 7 comments:

Labels: all about me, Cubby, randomness

I blacked the woodstove last week. Finally. Cubby is in his Blackrock suit. And if you'll excuse me now, I have to go get a few wheelbarrow-loads of wood, because we're going to fire up the woodstove today.

Winter is coming indeed.
Posted by Kristin @ Going Country at 6:57 AM 7 comments:

I assumed, before I had Cubby, that outings with a baby would be unpleasant. I thought it was just a given that the baby would cry and scream and make me into that woman rushing through her shopping or whatever to get out of the store before the kid busted the eardrums of everyone in the store. Lord knows, I've seen enough of those women myself and always imagined that that's just the way it goes with babies. So I was prepared for the unpleasantness.

What I was NOT prepared for was Cubby. Who, it turns out, is more than pleasant when out in public. He's downright charming.

We took an outing to a nearby city yesterday to visit a children's consignment store in the never-ending quest to keep the ever-growing Giant Infant clothed in seasonally appropriate clothing. This store just happens to be right next to a diner. And this diner just happens to serve the best milkshakes in the world.

Okay, maybe not in the world. But certainly in our little corner of the world.

So of course, we always plan our trips to this store around lunchtime, so we can go to the diner and I can indulge in my unnatural love for milkshakes.

The first time we went, Cubby was around five months old and he sat in my lap while we ate. This time, when the waitress offered a booster seat, we said sure. I was envisioning something more like a high chair, with straps and things, but instead we got basically a box with a little indentation on the top. I was thinking there was no way Cubby would sit on that, since when I put him in his strapped-in booster seat at home, he spends all his time leaning as far over as possible to view the dog or the chair underneath him or my feet. But we put him on it anyway, with an arm behind him in case he decided to fling himself backwards, and he just . . . sat up at the table.

It was the strangest sight. Here was this not-quite-eight-month-old child just sitting up at the table, playing with a spoon and looking for all the world like a normal person. He sat there for the 45 minutes or so we were there, sucking on the spoon, playing with a little tub of blackberry jam, and staring at all the waitresses rushing back and forth. He was perfectly happy. And so were we.

Of course, then he got overtired and had something of a fit when I put him down for a nap when we got home, but that is but a small sacrifice for a peaceful milkshake-interlude.
Posted by Kristin @ Going Country at 7:33 AM 4 comments: