Friday Food: Plan B for Christmas

Happiest of new years to everyone! Let's kick this new year off right: with food.

Long version: This was not my plan for Christmas dinner. My plan was to make tamales and chocolate roulade, like I did last year.

But I found myself absolutely dreading spending that much time in the kitchen. I was just burned out on cooking, I guess.

Instead I made spaghetti and meatballs. I was planning on that for my birthday dinner, but made it for Christmas dinner instead. I had three pounds of fancy Wagyu ground beef my mother brought us in October that I've been saving for this very meal.

Yes, I do plan ahead that much.

It was a very simple meal, because the sauce was already made. All I had to do was make the meatballs in the morning, pull out a couple of bags of Finny's sauce from the freezer, and put it all together at dinnertime.

We had the mushrooms because many years ago, small Cubby declared that he didn't like mushrooms, except on Christmas. And so now we have mushrooms every Christmas, and every child eats a piece. Actually, Charlie is the only one who doesn't like them now, but even he screws up his face and eats his traditional Christmas mushroom piece.

As traditions go, it's a pretty weird one, but I never claimed we were normal. 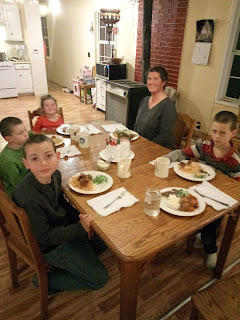 Charlie's expression notwithstanding, the children were pleased with their non-traditional Christmas feast.

The pie was made the day before, with the extra pie crust we froze at Thanksgiving and some apples from Miss Amelia that were past their prime for fresh eating.

Long version: A. and Cubby left for their elk hunting trip this morning, and I gave the remaining kids some of the frozen taco meat heated up in corn tortillas with cheese. Still not feeling motivated to cook.

Long version: The only cooking I did for this meal was for me. As it was my birthday, I treated myself to a bunch of preserved garden produce--shredded calabacita, green beans, and Finny's sauce from the freezer--all sauteed with some mushrooms, onions, and meatballs with asadero cheese. It was delicious.

The carrots were from the garden, too. We had a warm spell that thawed the ground pretty well, so I decided to try to dig up some of the fall-planted carrots that have been hanging out in the garden for last three months. They were pretty small--the biggest were only about the size of my pointer finger--but very sweet and good.

I felt no need to make yet another cake or sweet treat, given the quantity of baked goods that have been through my kitchen in the past couple of weeks. Instead, I made hot chocolate and we had that with the remainder of the bizcochito cookies our mail lady gave us. Yum.

Long version: A. and Cubby returned from their elk-hunting expedition without an elk, but with some oysters. They went right through Taos on their way home, so they stopped at the grocery store there, which is where they got the oysters.

I've never cooked oysters before, but A. shucked them for me and I made a very simple stew with them that was, honestly, mostly milk and cream. There was supposed to be about a pint of oysters in it, but since A. only got two pounds of oysters, most of which is the heavy shells, it ended up being about half a cup of oysters.

A. and Cubby very much enjoyed their stew anyway, though, and even Charlie liked it pretty well.

Jack and Poppy weren't so into it. They had the tacos with some more of the meat from the freezer.

So handy, that meat.

Also handy is the pressure-canned bull meat. A. and Cubby brought a jar of that with them on their hunt and ate it the first night heated on their campfire with some rice and a lot of butter and cheese. They declared it delicious, although I suspect anything tastes delicious when you've been hiking in wet snow for five hours. 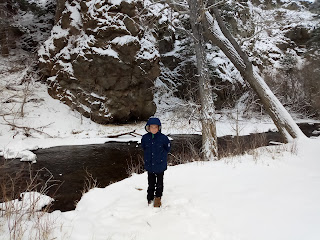 Does this look like fun to you? Sure doesn't to me, but that right there is a boy in his element.

Long version: I just happened to grab the lamb roast first from the top of the freezer. I marinated it in some of the red wine A. had brought from Taos, along with olive oil, garlic, and salt, then roasted it along with the potatoes at high heat until it was done. 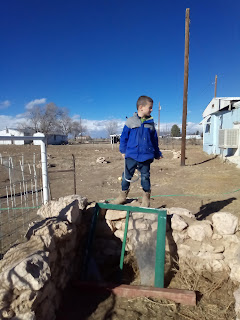 A rare cameo by Jack. (And the blue sky, which is, thankfully, not rare.)

Long version: This was my make-up birthday day, since A. was gone hunting on my actual birthday. He woke up early with me so as to be on hand to field the many and varied demands of children in the morning, and then took them with him to get hay 90 miles away, thereby guaranteeing me four hours of blissful solitude in the house.

Because it was supposed to be a day all about me (not that any day is really like that with little kids, but I was pretending), I decided to make soup for dinner. I love vegetable soup and cheese.

Plus a bag of frozen calabacita that I threw in there, and then spent literally all of the meal listening to my children complain about.

There's a reason I don't usually make this for dinner. 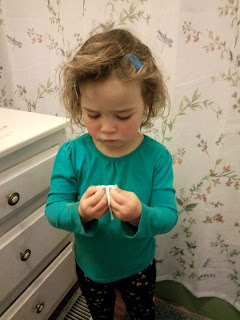 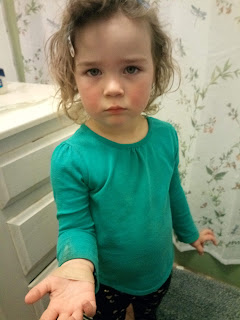 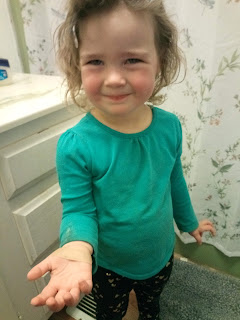 I just love a happy ending, don't you?

We're gonna keep this one short and to the point: When you are left with a part of a raw onion after using whatever you need for whatever recipe you're making, just go ahead and slice up the rest of the onion and cook it.

It seems like a pain to get out another pan, I know, but it is always worth it. Because then you don't have part of a raw onion smelling up the refrigerator, and you have cooked onion ready to go for anything.

Would I, for example, cut part of an onion off for the small amount I might need for sauteed green beans? No. But I will use some of that already-cooked onion, and the green beans will taste a lot better with that addition.

So cook those partial onions and thank yourself later. 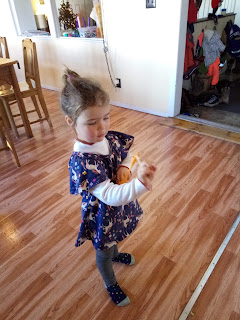 Unrelated Poppy photo, because why not.
Posted by Kristin @ Going Country at 4:34 AM 6 comments:

Sunday Snapshots: Happy Birthday To Me! (Plus, Christmas Pictures)

That's all. Let's move right on to the snapshots, shall we? 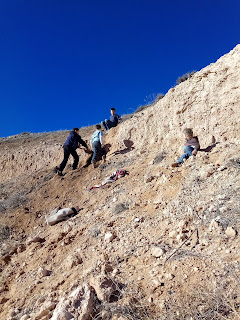 Scaling the walls of the sand pit down the road. Better than Disneyland. (Also, at the risk of being repetitive: Would you look at that SKY? In December! I will never get over it!) 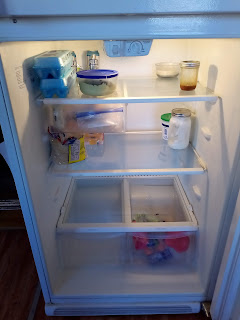 This is what my refrigerator looked like last Monday, right before A. went to the grocery store. I decided to find the silver lining to this emptiness and take all the shelves out so I could actually take them apart and scrub everything down. This is the after picture, in case you couldn't tell. 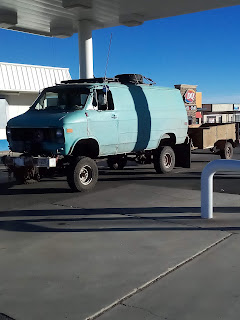 A. was so impressed by this van he saw at a gas station that he took a picture of it. He said there were some dudes living out of it. I'm sure there's a story there, but I'm also sure I don't want to know it. 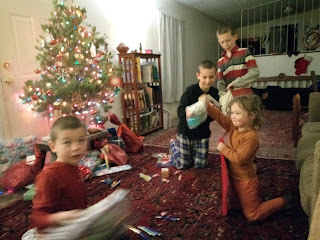 Christmas stocking excitement! (Those are socks Poppy is holding up.) 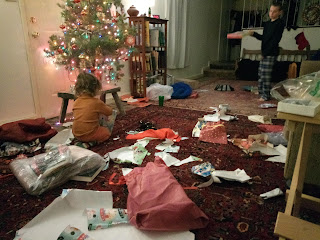 The aftermath of the present-opening storm. 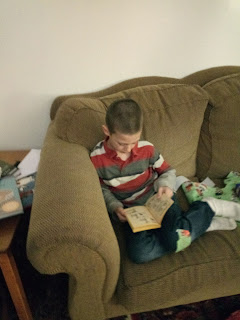 Charlie immediately after opening everything. 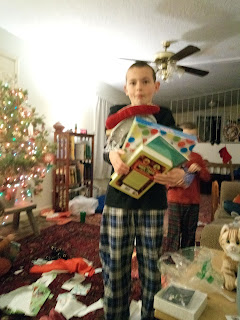 Cubby and his haul. 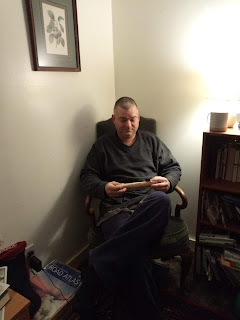 And A. hiding in the corner, trying to drink some coffee before he had to engage with anyone. It was 5 a.m.

Not a single picture of the animals this week. I must remedy that this week.