The Youngest Child's Lot in Life

When your older siblings get awesome early Halloween costumes from their grandparents, complete with whistles and hatchets and handcuffs and billy clubs . . . 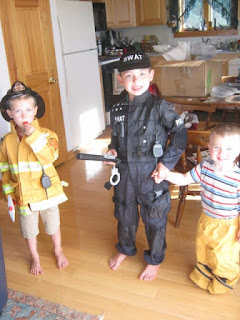 They might let you borrow the pants. If you're lucky. And only for the photo op.

But then you'll get cuffed. Because someone has to wear the handcuffs, and you're the youngest. 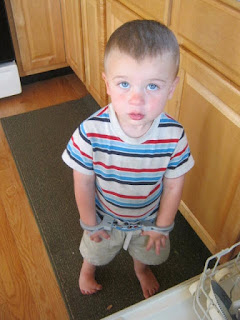 Lucky for him, there isn't a jury in the world that could convict those blue eyes of anything other than criminal cuteness.

(Of course, when Jack does manage to steal the billy club or the hatchet, he uses it to whack one of his brothers over the head, so perhaps we shouldn't feel too sorry for him.)

The Return of the Fluffy Nemesis

Shortly after Sky, the MiL's Blue Merle collie puppy, arrived at Blackrock, Jack developed a distinct aversion to him. This of course had everything to do with Sky's habit of jumping all over people to play, which seems much less playful and a lot more menacing when you're not yet three feet tall. So every time Jack saw Sky, Jack would start shrieking and trying to climb up my legs.

I jokingly called Sky Jack's fluffy nemesis, but it was actually kind of a pain in the ass.

Thankfully, Sky eventually settled down a little, and so did Jack.

Then we moved, resulting in Mia the Geriatric Spinster being the only dog in residence at our home. Mia doesn't jump up on anyone anymore. She barely wakes up for much of the day. She is definitely no threat to any small child in the vicinity.

But yesterday A. came back from his most recent trip to Blackrock with a passenger. 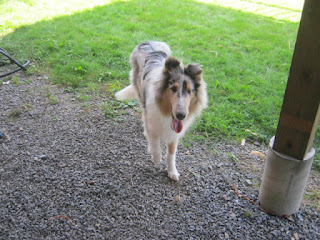 Sky is staying with us while the MiL is on a trip. Cubby was thrilled to see him and can't wait to get home from school so he can play with him more. Charlie was initially excited to see him, but lost interest pretty quickly. Jack took one look at Sky and tried to climb my legs like a tree.

Sorry, Jack. Your nemesis has traveled 200 miles just to torment you again.

One Went To School, and Then There Were Two

"Okay, guys! Let's go outside to wait for the bus!"

"Wait, Cubby can I get a first-day-of-school picture of you?" 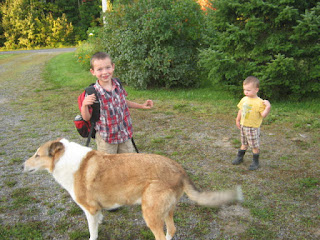 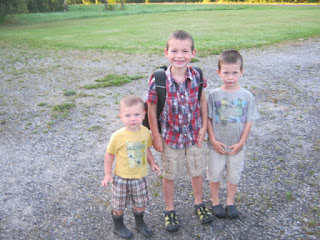 A smile from all three was too much to ask.

"Cubby and Charlie, stop hitting each other with sticks. Stop menacing. STOP MENACING." 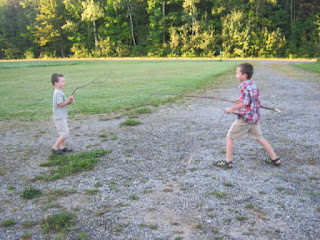 Pretty sure this won't fly at school. 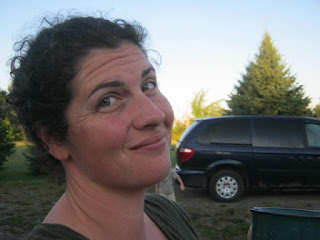 "Where's the bus? And why didn't I make more coffee this morning?"

"MOM! I HEAR SOMETHING!" 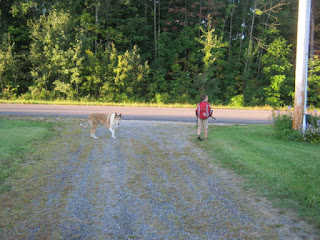 Mia heard it, too. 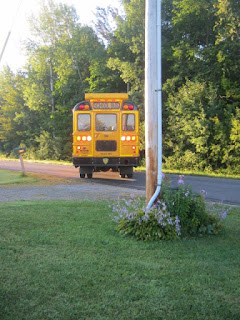 I guess we're the end of the line, because the bus turned around in our driveway. Which is not worrisome at all with a dog, a four-year-old, and a toddler racing around.

Godspeed, Cubby. May the school force be with you.
Posted by Kristin @ Going Country at 6:34 AM 2 comments:

Kids and Food on Repeat

Do I talk about anything other than my children or the food I'm preparing constantly? No. Because that's my life at the moment. They kind of go together, anyway.

So! Instead of talking, how about some pictures of my kids and food? Yes.

First, a family excursion to a stream to collect mussels, which turned out to be, um, illegal to collect. 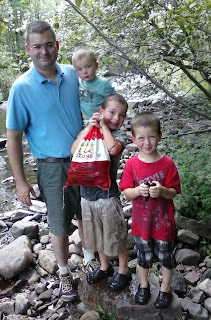 Too bad. Cubby was SO EXCITED to find shellfish right in our neighborhood. Sorry, kid. The DEC says no mussels for you. 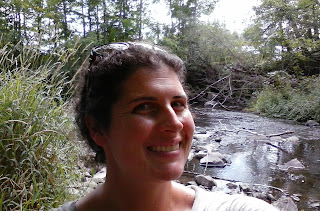 I don't like shellfish, so I was not too sad to discover that they are illegal to collect for eating.

Yesterday on the way home from our adventure when Charlie was having a fit about wanting to stop for food and I denied this request because all the children were soaking wet, sandy, and half-dressed, I promised him that tonight we could have a hot dog and marshmallow roast in the firepit A. made on Friday. And then, because I am a glutton for punishment and also perhaps drunk on my power of Sourdough Baking*, I told A. "Hey, if I started the sourdough now, I could make hot dog buns that you could eat."

And THEN, A. told the kids a story last night about the time when I was pregnant with Cubby and he got up at like 3 a.m. and made me random homemade cinnamon rolls and I said, "Hey, I could use half that dough I have going to make cinnamon rolls tomorrow."

All this to explain why I was standing in the kitchen at 7 a.m. today before coffee, rolling out sourdough dough and remembering why it is that I don't like to bake.

It was kind of chilly this morning, so the last rise was taking too long to bake them before A. and Cubby left for church. I could bake them now, but it's probably not fair to reward the heathens who don't go to church with freshly baked cinnamon rolls while the pious church-goers have to settle for re-warmed ones. So I guess they'll have to wait. 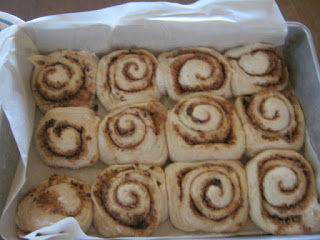 I sincerely hope they're worth the effort, but I doubt it.

Pillsbury is looking better all the time.

* We've been here one month and I think I've made bread at least six times. Plus pizza, and now hot dog buns and cinnamon rolls. This is getting excessive.