This morning's filthy weather--the dreaded "wintry mix," which is pretty much the worst kind of winter weather--kept us inside all morning. This is always, always a nightmare with my two small mountain men. They do not relish indoor play. It turns them into the caged feral animals they are.

By 9:30 a.m., Cubby was acting and sounding exactly like Taz from Looney Tunes (not kidding--he's never seen Taz, but the resemblance is uncanny), and I realized drastic measures were in order.

In my current semi-crippled state, I was not doing any shredding of my own, but Cubby was happy to jump around and do push-ups and windmill arms and whatever else. For about ten minutes, anyway. It was a short workout, but he did a lot of jumping. The entertainment value of a four-year-old attempting the coordinated movement of a jumping jack is significant.

Charlie assured me he was a big boy and could do jumping jacks, too. This was also amusing, though he didn't even attempt the arm movements. 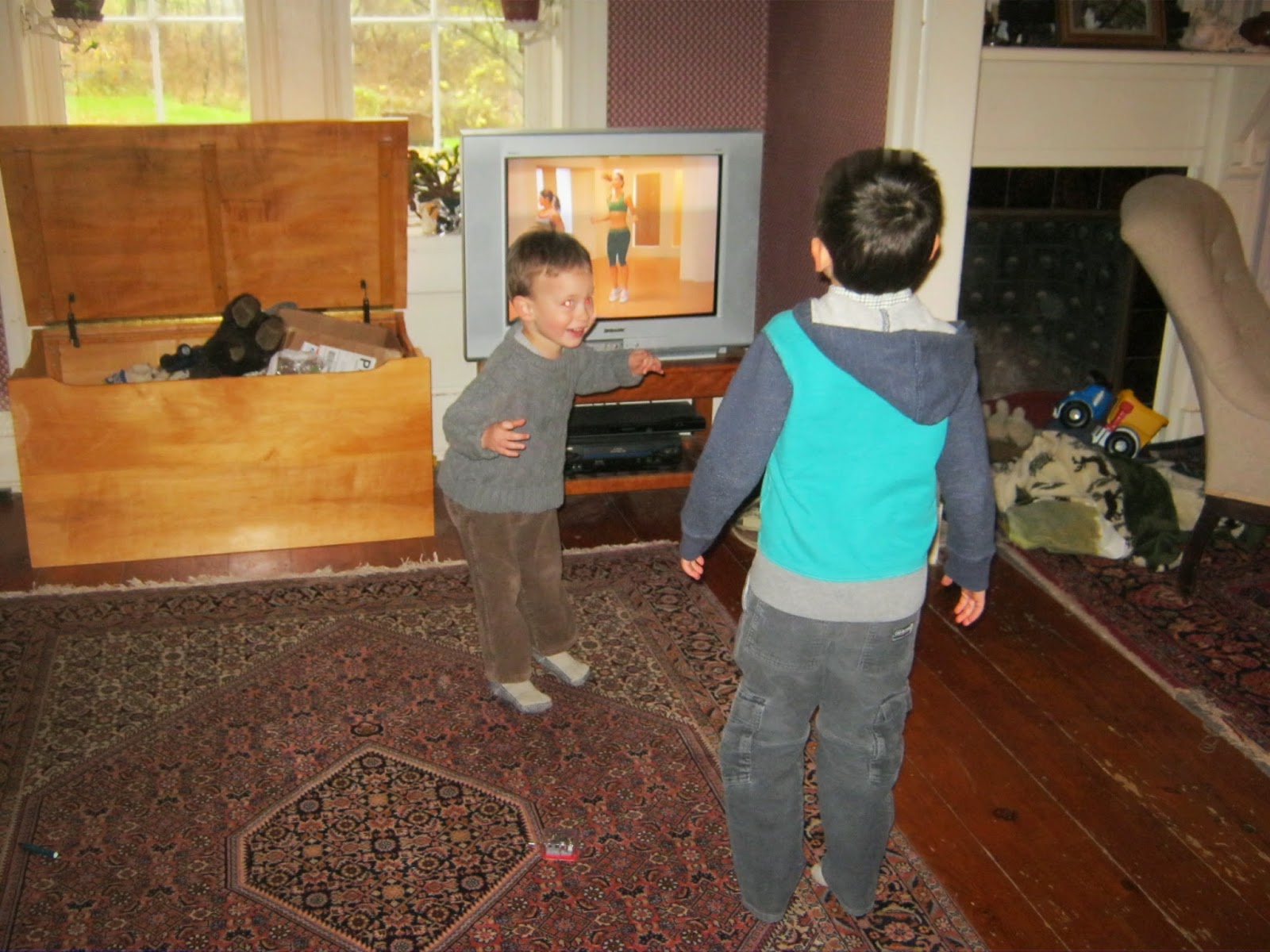 That look of glee on Charlie's face was strangely absent from my own face when I was doing this workout myself.

They even found their own handweights. 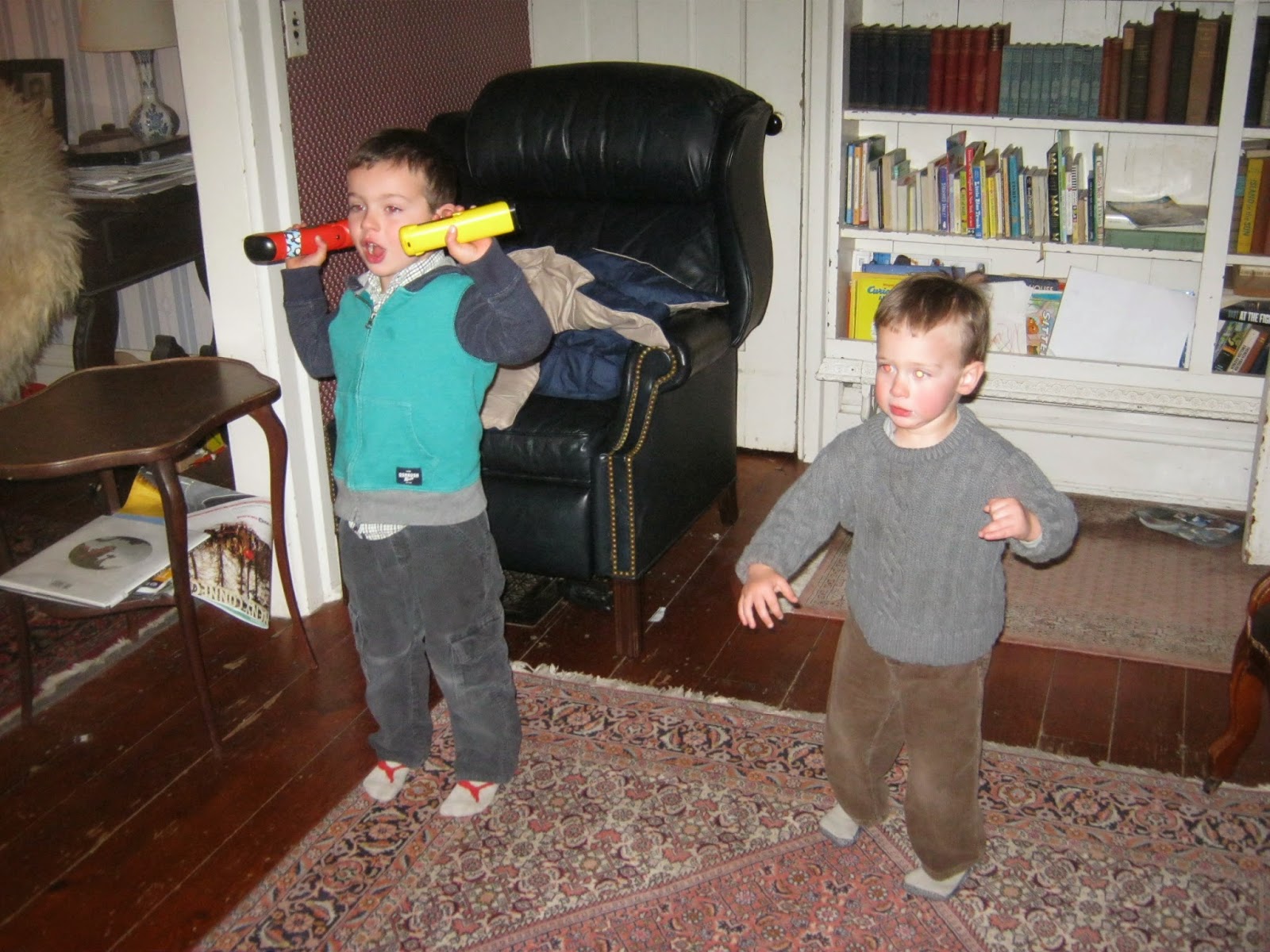 Maybe Jillian Michaels wouldn't recommend using an electric screwdriver and a lantern flashlight, but whatever. Sometimes we have to make do.

I don't think they're going to do the whole thirty days, but at least it got us through ten minutes of this interminable day. I'll take it.
Posted by Kristin @ Going Country at 9:57 AM 2 comments:

The Honest Truth . . . That You Will Never Hear

In response to the "How are you feeling?" question directed at an obviously pregnant woman, the pregnant woman always says "Fine," or "Good."

The truth is ugly. The truth is little sleep and exhaustion and carpal tunnel in the hands and plantar fasciitis in the feet and back pain and aches in all the muscles and panting from walking upstairs and feelings of suffocation when forced to bend over.

So how am I feeling? Fine. Thanks for asking.

* So is the conventional response of, "Well, you look great!" but the social niceties must be observed.
Posted by Kristin @ Going Country at 9:21 AM 5 comments: