Sharing Is Caring, and Brotherhood Is Competitive

My parents' birthday gift to Charlie this year was a toy lawn mower (thanks, Nana and Baca!). I waited until this morning to give it to him, thinking that after all the excitement of so many guests around for two weeks, it was time for a little low-level excitement to nullify the disappointment of going back to boring old mom.

Of course, when I say "give it to him," I really mean "give it to them." Because do you think Charlie ever receives anything that is not immediately claimed by Cubby?

If you think that, you have never seen siblings interact.

I pulled out the mower this morning and told Cubby it was Charlie's birthday present, so he got the first turn. Then I went to pick blackberries. About five minutes later, I heard the angry screaming that heralded the end of Cubby's patience and also Charlie's turn. Honestly, I was surprised Cubby managed to contain himself that long.

I placated Charlie with blackberries while Cubby had a turn, and then I made Cubby* give it back to Charlie. Cubby surrendered the beloved mower, but proceeded to walk six inches behind Charlie the whole time he was pushing it, explaining that he had to watch out for Charlie, because Charlie might hurt himself. 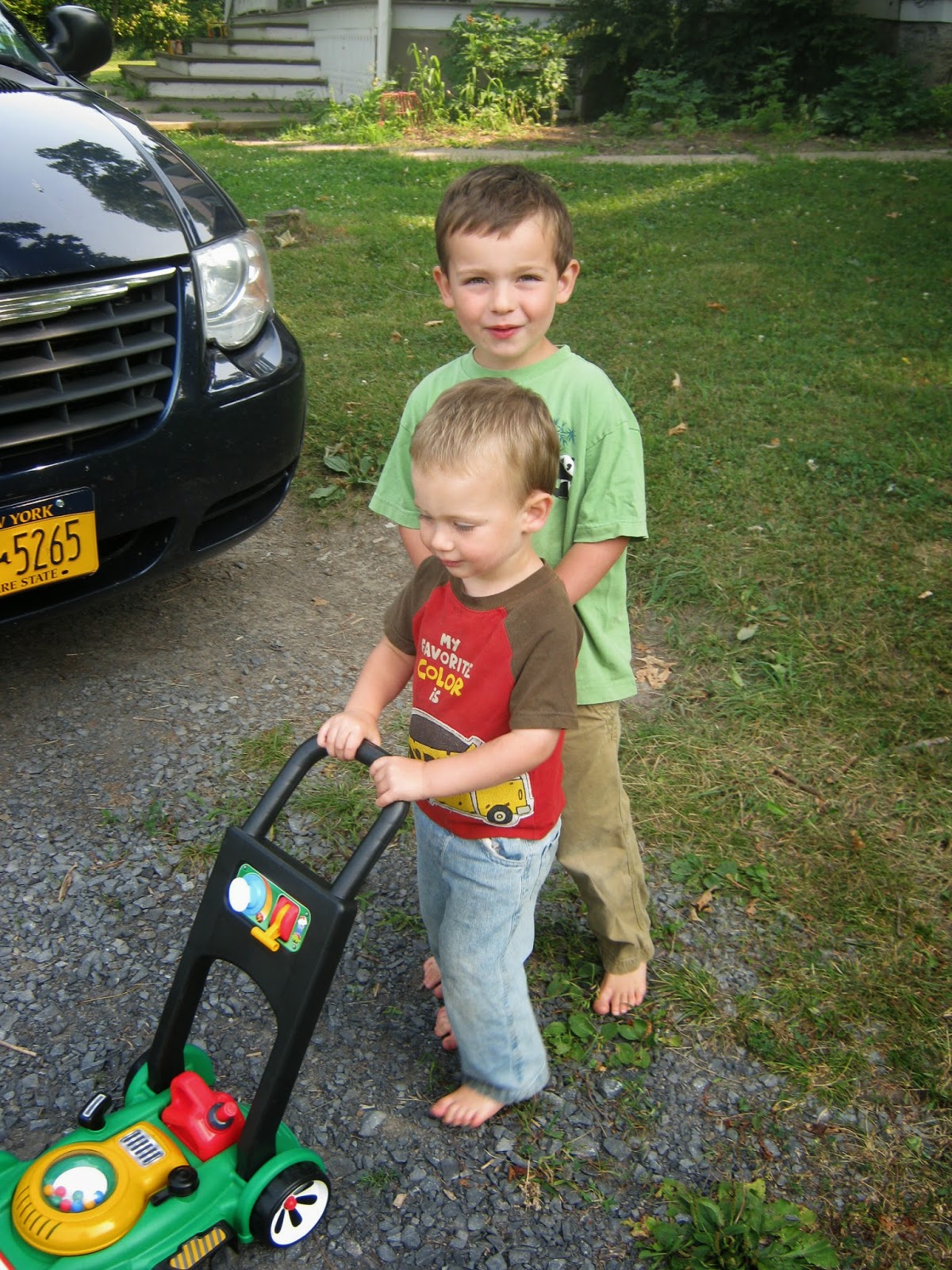 On the whole, they've been pretty good about sharing it today, though I have had to step in a few times to arbitrate whose turn it is. Maybe I should get them one with a blade that can actually cut the grass--might as well get some use out of all of this.

* Cubby informed me this mower did not have a guard on it and he almost cut his leg off, but luckily he managed to get his leg out in time. Little Tikes should hire him as a safety inspector for (non-bladed) toy mowers.
Posted by Kristin @ Going Country at 2:23 PM

You could get Cubby one of those old timey push mowers with the spinning cylinder of blades.

Love the idea of blades as I look at the kid's shoeless feet. Oh my, not good visions at all, no matter how safety conscious Cubby likes to think he is!

I definitely see lawn mowing in Cubby's future since we all know how relaxing A. finds it.