I spend more time in the kitchen than the average person, and many of the tasks in a kitchen can be described as tedious. But one of the most tedious things I have ever done is skin hazelnuts.

I skinned said nuts in pursuit of homemade Nutella. A worthy goal, but man, standing there rubbing and picking at all those hazelnuts, I really had to question whether the end result could possibly be worth it.

I more or less used this recipe, although I ended up with more hazelnuts than called for, so I had to adjust quantities somewhat. It definitely doesn't need as much salt as is called for--I used half the amount--but it does need all the powdered sugar. That's what kind of sticks it all together, so you can't skimp too much on it.

Anyway. I made Nutella. It requires skinning hazelnuts, which is definitely not as easy as the recipe would have me believe.

So the real question, of course, is was it worth it?

The homemade version isn't as smooth, because it doesn't have large quantities of palm oil in it like the commercial version. What it does have, however, is a much more pronounced hazelnut flavor.

Because of all those hazelnuts. That I skinned.

So there's your tip: Skinning hazelnuts is a serious pain, but it's worth it if the end result is homemade Nutella. 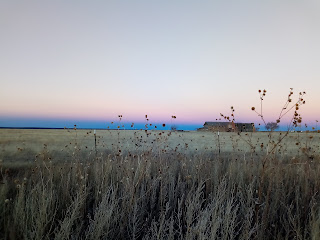 Unrelated photo that has nothing to do with either Nutella or hazelnuts.

Hm. The blog post with the recipe even says, "It's really easy." I always trust every recipe I find on the internet completely, so I think you must be exaggerating. ;)
I have a bag of hazelnuts in my freezer. Maybe I'll try it sometime. I do like Nutella, and it sounds like a special school day treat.

How do you eat your Nutella?
For some reason, to me, it only tastes good ...right from the spoon.

G.P. The kids mostly eat it on graham crackers.