Last Wednesday was Wacky Wednesday at school, and the kids were invited to "dress wackily." Somewhat surprisingly, every one of the boys elected to do this and came up with their own outfits.

Not all of them elected to be in the photo I wanted to take of them, though. Only Cubby and Poppy, who of course insisted on dressing like her brothers. 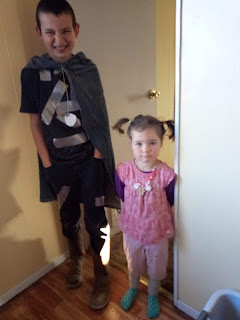 Cubby is wearing a cape he made out of a ripped pair of jeans, and duct tape all over. Poppy has long johns under shorts, and three pigtails, although only the two are visible here.
Cameo by Jasper. 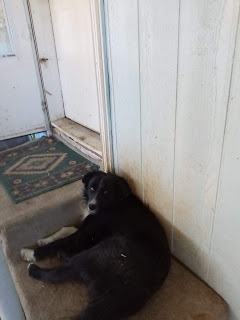 Nothing and no one gets by The Sentinel.
We had a big garden day yesterday. A. dug up a couple more beds for me so I could plant snow peas and spinach. Then I dug up the last of the small fall-planted carrots. I wasn't sure how they had fared in the ground when it froze, but they were just fine. 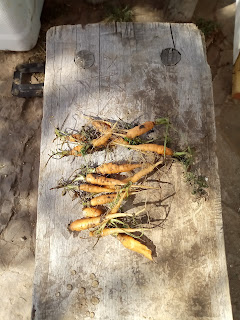 Tiny, but tasty.
After doing the outside stuff, I started planting more seeds for the indoor grow box. 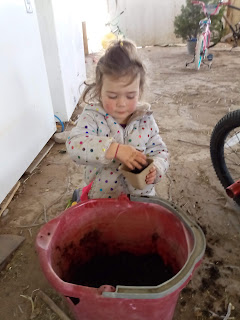 With help, of course, from my lovely assistant.
It's possible I went a bit overboard. 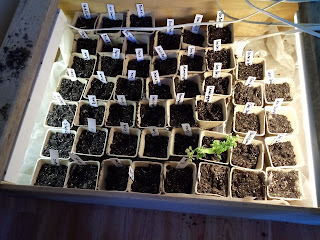 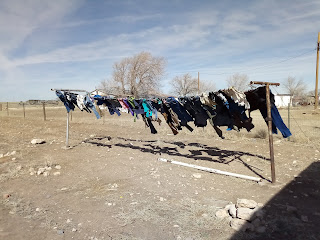 Is there such a thing as too many clothesline photos? Not around here.
And there you have it! My life, snapshotted.
Posted by Kristin @ Going Country at 4:30 AM

Looks like a good drying day for all those clothes!
Linda

Never too many seedlings....something always happens where you need more.

I'm sure this has been asked and answered before, but how often do you go into the "Outside World" for groceries?

Corrie: It averages out to about every four weeks, when there's something else we have to get or do. This Tuesday, A. is bringing our van in for some work to be done, so he can get groceries then. We never go just because we want groceries, though.

Personally I love clothesline photos! And those seedlings with your lovely assistant.