Scenes From a Blackrock Winter 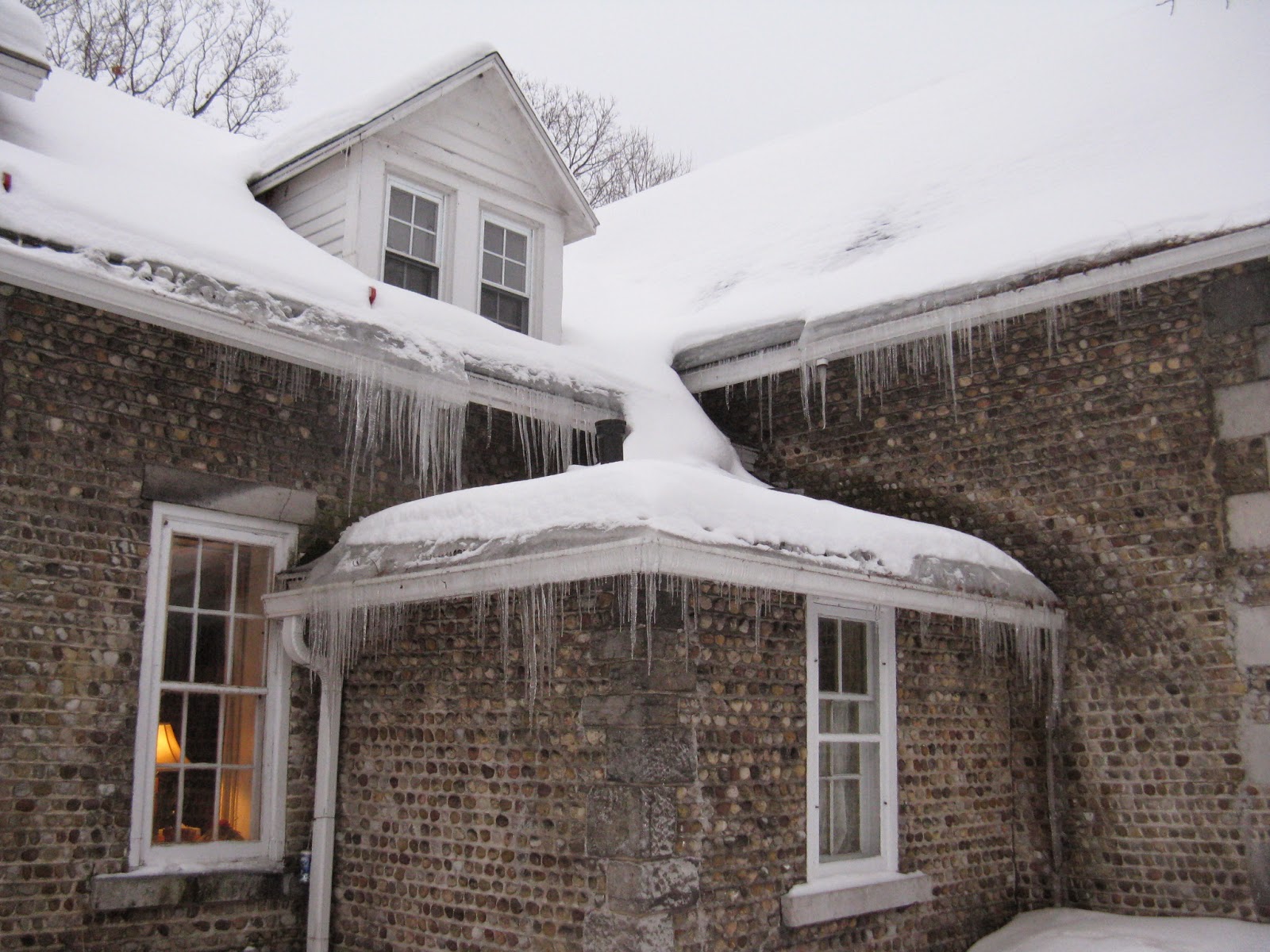 Pretty sure the ice build-up in the gutters is reaching damaging quantities. Cool icicles, though. 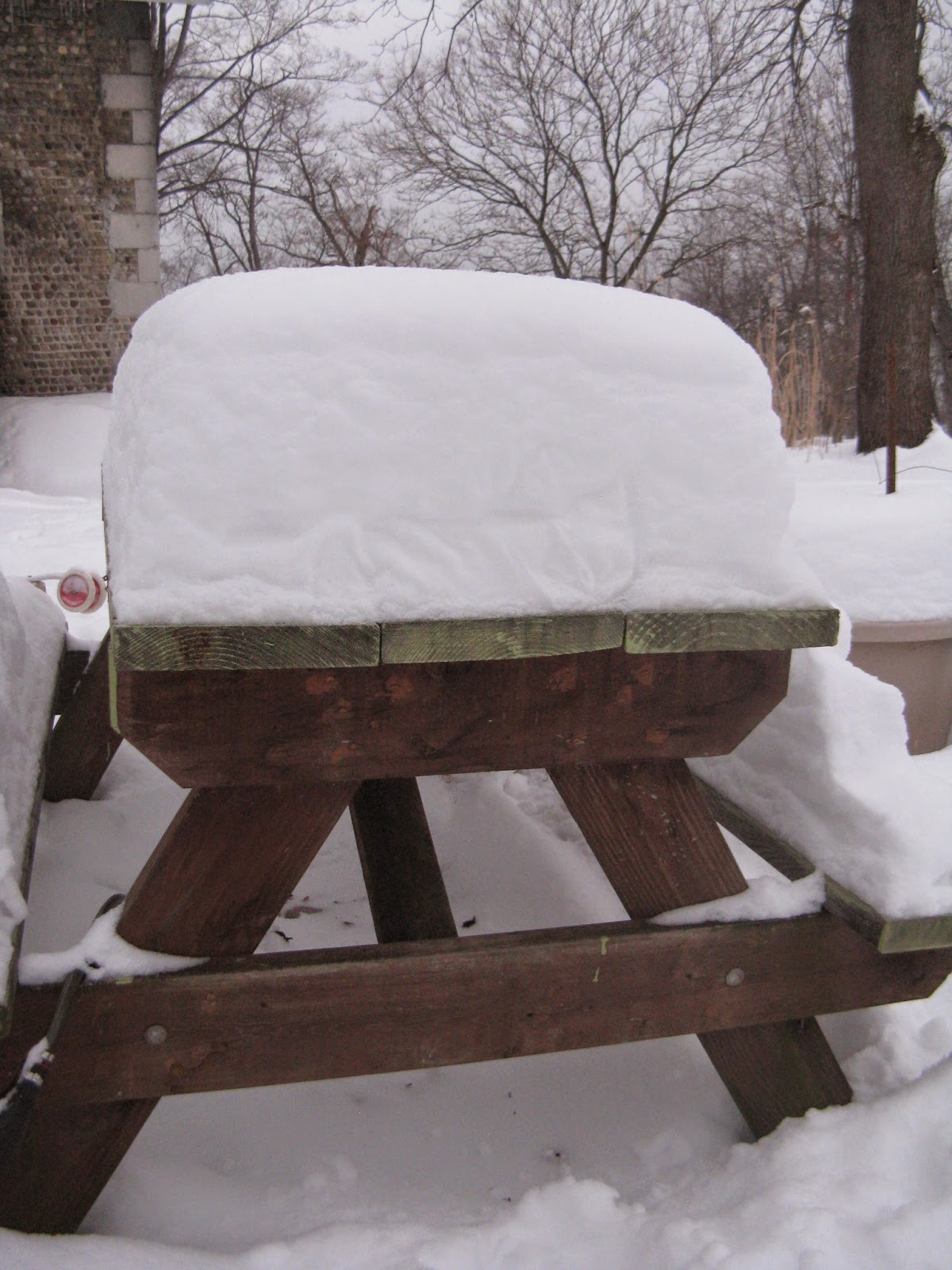 The picnic table is my snow measuring device. According to our forecast, that snow cap is going to double in height by Tuesday. Super. 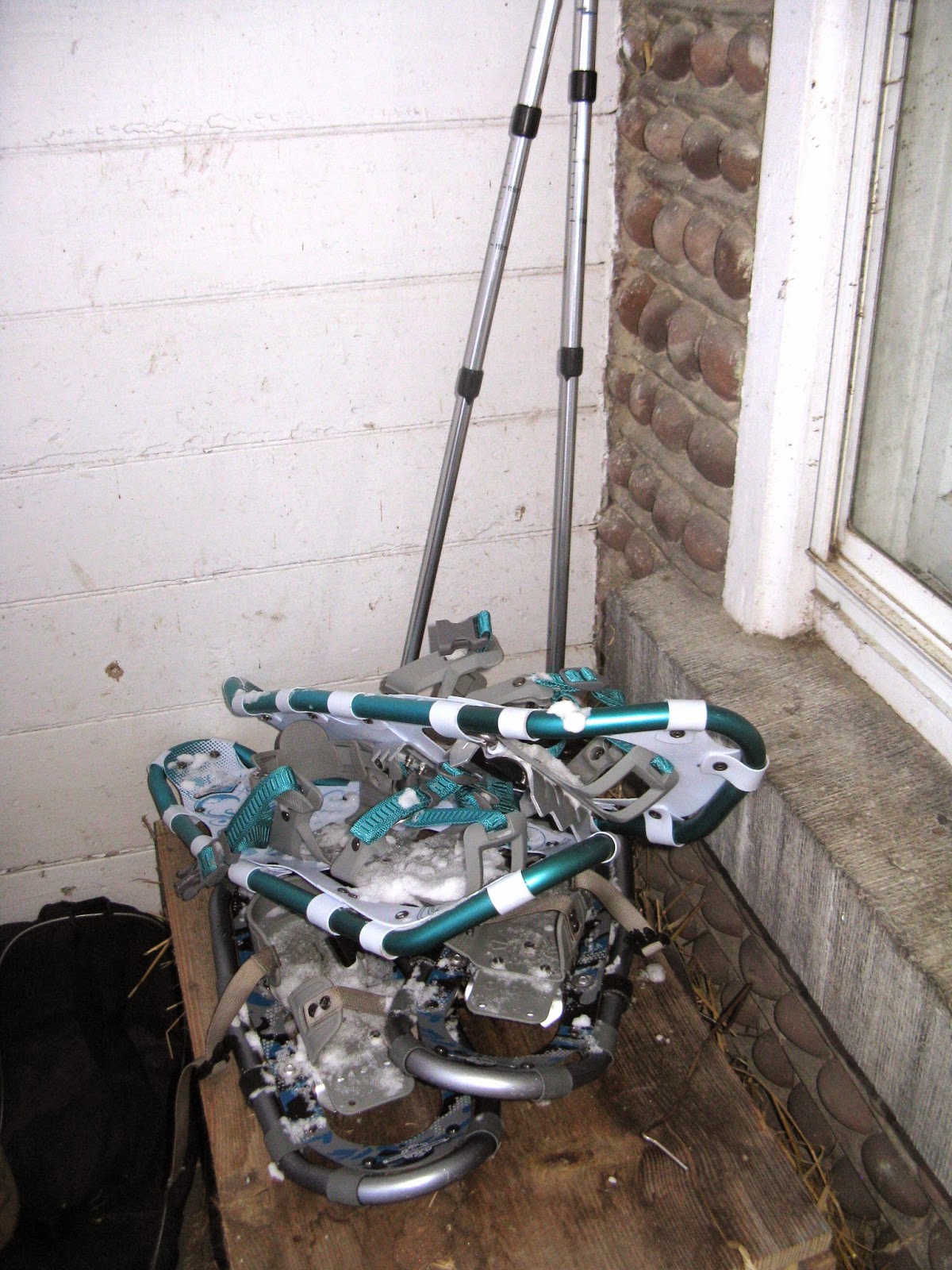 The snowshoes are currently living permanently on top of the cat house by the door. 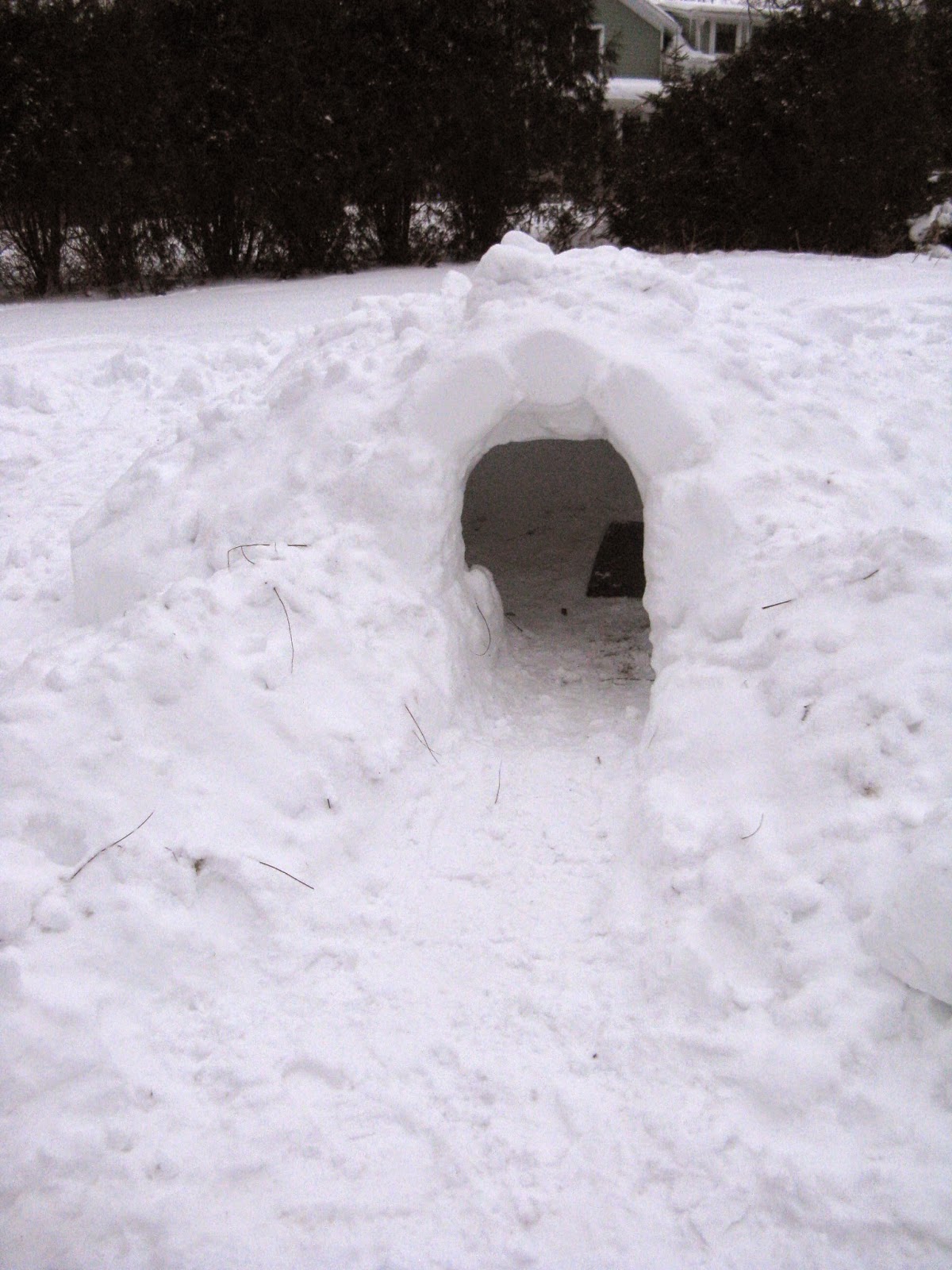 A. spent a few hours yesterday making a snow fort/igloo for the children* (and maybe to relive his own childhood snow forts), complete with Tidy-Cat-bucket blocks to make an arched doorway. 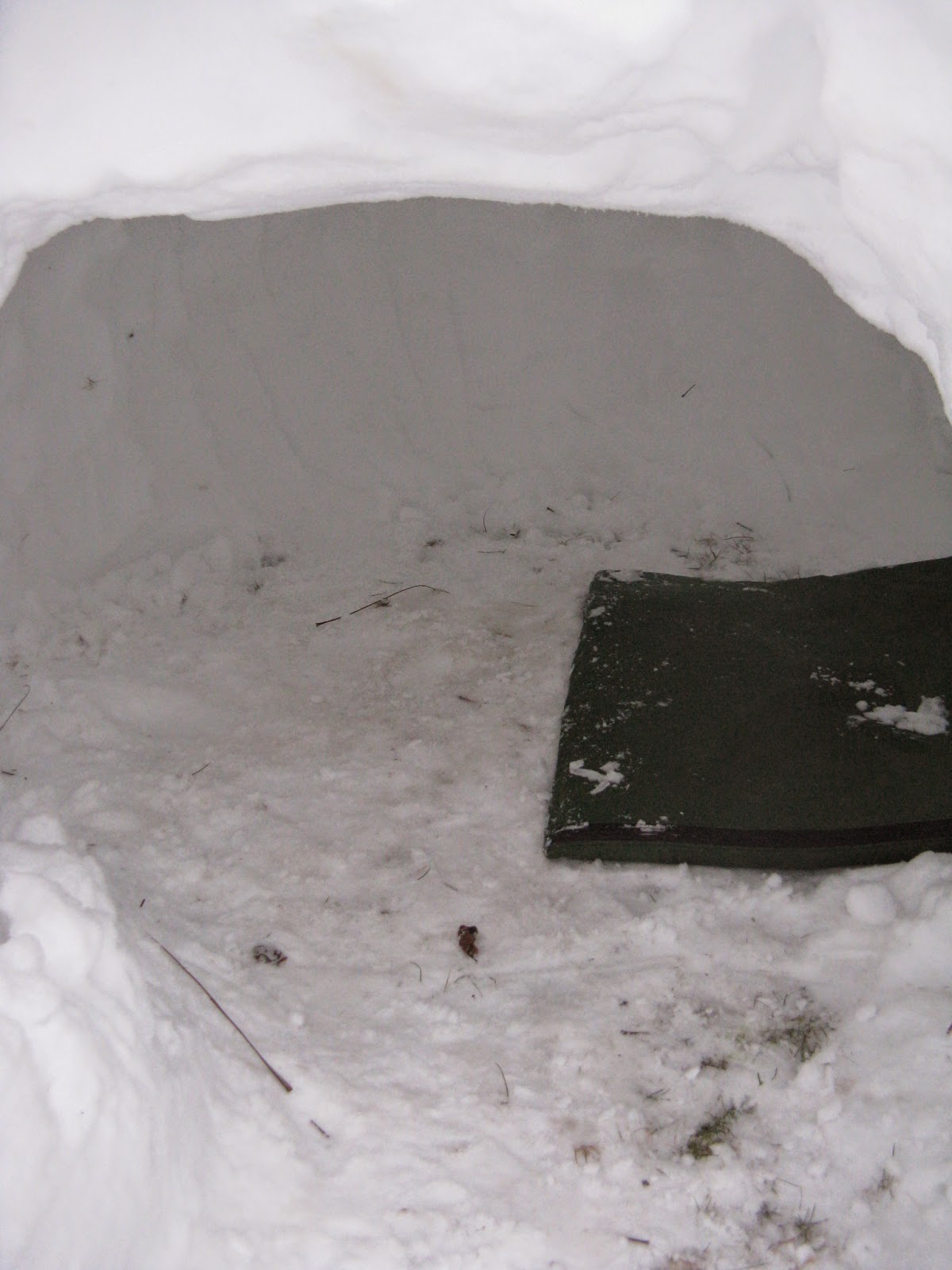 I spent some time inside it with Cubby, and I kind of wanted to hide out in it all day. Snow is such an excellent sound absorber. So peaceful. Albeit also cold and wet. 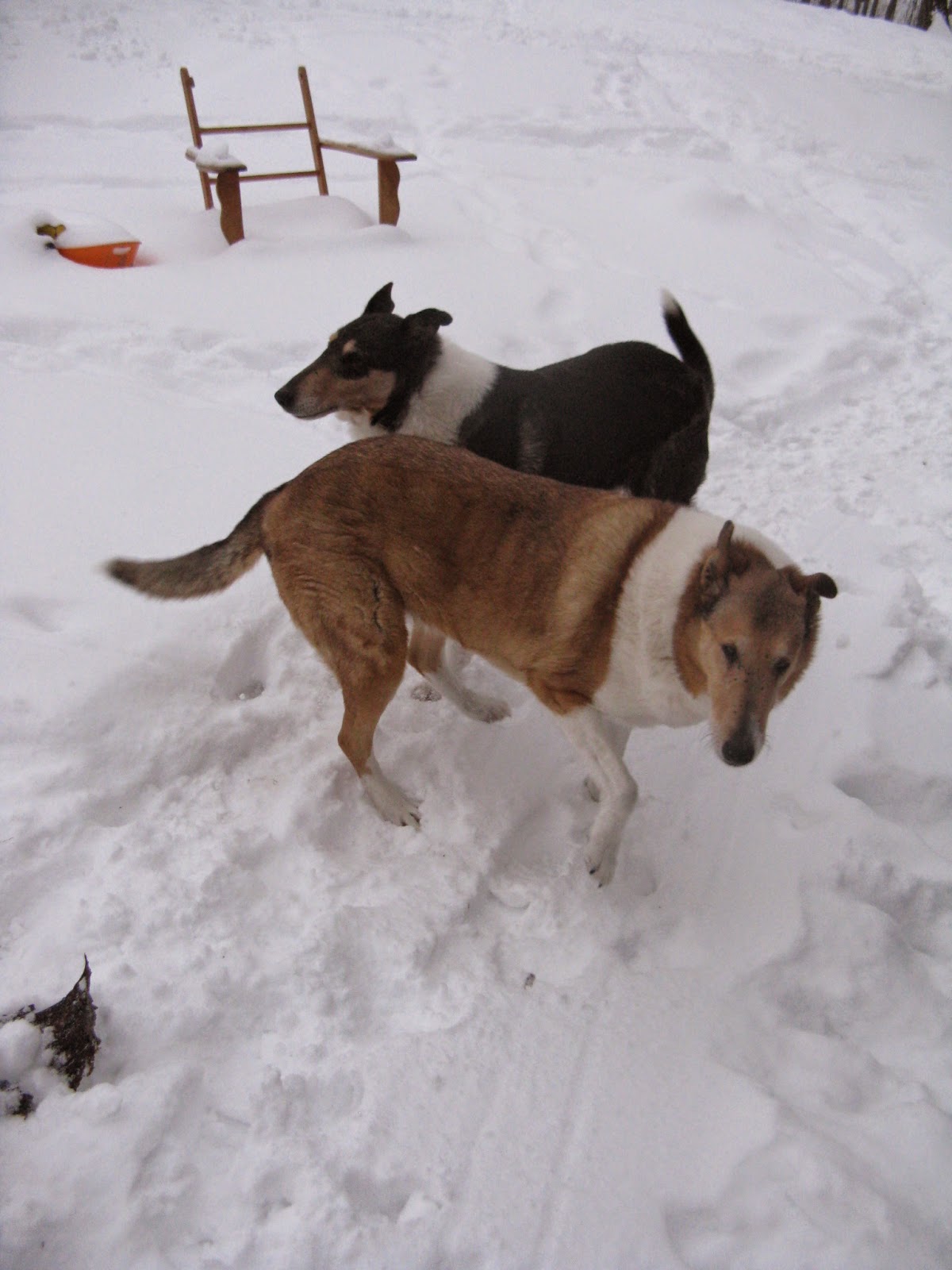 The princesses are sticking to the shoveled paths so they don't get too much snow on their dainty paws. 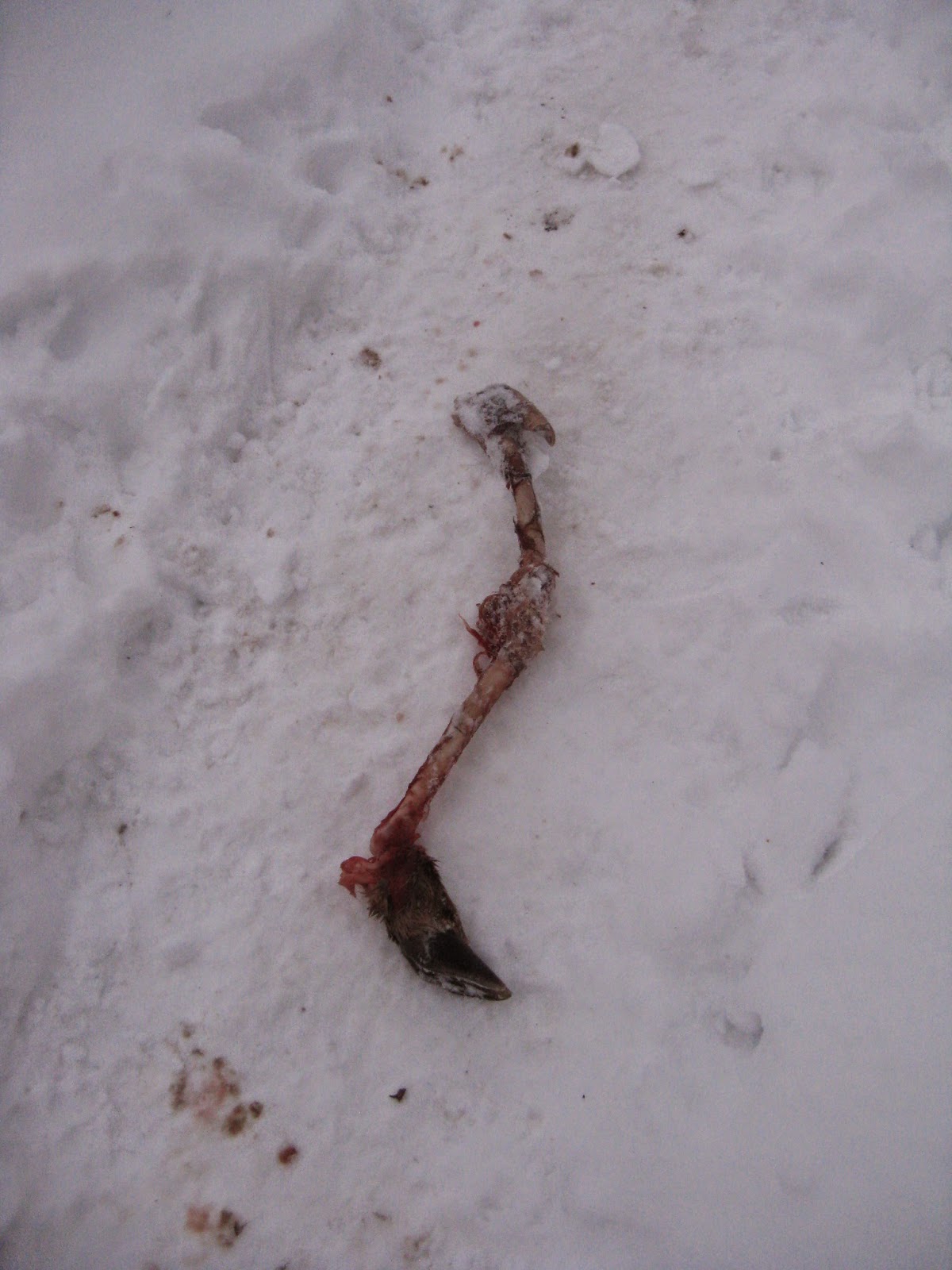 Which means they leave their snacks on the paths, too. Currier and Ives would not approve.

* Then he spent the rest of the day shoveling our 300-foot driveway so the water truck could back up it to deliver water. When the guy arrived at 5 p.m., he had to gun it multiple times from the bottom of the driveway to get all the way up to the cisterns, with an enthusiastic audience of Cubby and Charlie looking out the window over the couch and cheering him on, "GO, WATER GUY, GO! HOORAY, WATER GUY MADE IT!" It's an exciting life they lead. Though we were all excited that he did make it, thus ensuring we won't run out of water for a couple of weeks.
Posted by Kristin @ Going Country at 6:08 AM

I remember the igloos that we made in Alaska - and how quiet they were as well. The snow on Blackrock looks beautiful, albeit formidable as well. Here's hoping for continued structural integrity!
- moi

Loved this post! A nice break from all the baloney that is going on in government and the news media.

Snow forts and igloos are just the best thing ever!! It's great that your boys will remember that fun (and it's great that the 'water guy' got to your cisterns successfully).

Yes, all that snow is inconvenient. But it's magical, too.

Water guy? Are you having it delivered because the lake is frozen? That's what I'm assuming...I still remember that post about getting into the cisterns and I seem to remember there was something dead in there...:-(