"Modern" meaning anything published between 1980 and now. Although probably most of these are still going to be on the older side, because I am not generally very impressed with more-current fiction for children.

Superfudge by Judy Blume--Judy Blume wrote a LOT of books, and I suspect everyone had their own favorite. I always liked this one.

Ramona and Her Father by Beverly Cleary--I forgot to put this one on the previous list. It was published in 1977, so not very modern, but my favorite of the Ramona books.

Clementine series by Sara Pennypacker--These are for younger kids, probably second or third grade, and the main character is a mischievous little girl named Clementine who gets into all kinds of things. She is very like Ramona Quimby.

The Graveyard Book by Neil Gaiman--Definitely not for younger readers. Neil Gaiman's books are, well, weird. This one definitely is, as well as being macabre and perhaps somewhat disturbing for some kids. My boys loved it, and I read it and thought it was a very good book, but it is . . . weird.

Amelia Bedelia series by Peggy Parish--This could be both old and modern, since the books featuring this character have been published continuously since 1963. I haven't read any of the newer ones written by the original author's nephew (although, in my experience, those sorts of situations usually result in a definite reduction in quality), but the original books are beloved by beginning readers. Amelia Bedelia is just so . . . silly. Younger kids love her, and they're good books for kids who are ready to move beyond leveled readers but aren't quite ready for longer chapter books.

Ranger in Time series by Kate Messner--There are a lot of these books about a time-traveling golden retriever named Ranger. He gets transported to various periods of history and helps children out in different situations like the San Francisco earthquake or a voyage to the South Pole. I've read these aloud with my younger children, and I found the premise a bit forced sometimes, but kids love these, and it's a very good way for them to learn about different historical events. 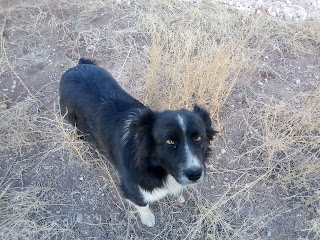 Jasper says he's just as good as a golden retriever and someone should write a book about him.

I Survived series by various authors--Another history-based series with a ton of books. If not for these, I myself never would have heard of The Great Molasses Flood of 1919. (Yes, it really was molasses, and it happened in Boston.)

With You and Without You by Ann M. Martin--This author is best known for The Babysitters Club series--which I loved as a kid--but I think this book is much better than those. It's about a girl whose dad dies of a terminal illness. The subject makes it very sad, but it is a remarkably sensitive story about a family handling death and grief. She wrote another book about a boy whose brother is autistic (Inside Out) and another one about a girl struggling with dyslexia (Yours Turly, Shirley). I really think Ann M. Martin was way ahead of her time when it came to writing about kids who were mostly not represented in children's fiction at that time. She's just a great author for kids.

Hush by Jacqueline Woodson--For older elementary, probably fourth or fifth grade. I read this and thought it was great. It's about a black girl whose family has to enter a witness protection program after her police officer father testifies against a fellow police officer. It deals with some pretty heavy topics, but it is definitely still a book about and for children. There's nothing inappropriate in it, but it is serious in a way that is rare for children's fiction.

What would you add to this list of modern elementary fiction?

Andrew Clements has many good books, like Frindle. Richard Peck has the book A Long Way from Chicago.
Hatchet and its sequels.
My kids loved the warriors series - though I do not. It has the virtue of having many books, which is a plus for voracious readers.
The Man who Loved Clowns.
Worser.
Graphic novels New Kid and Class Act.
Solving for M
The Donut Fix.
Out of my mind , and Out of My Heart.
I've read a lot of these types of books over the years, but these are ones that stand out right now.

My kids are not natural readers, which really hurts my reading loving heart. With that said, they were very invested in the 'I Survived' series. Highly recommend!

First time funny, second time silly, third time a spanking. — And yet though it contains my favorite quote of all of childhood, that's the one of the Ramona books I don't own. Upon rereading, they are so reflective of that time period and fascinating to think about.

Emily's Runaway Imagination by Beverly Cleary. Historical fiction, of all things. So good.

Holes by Louis Sachar. Adventure, I guess? In a way.

Hoot by Carl Hiasson. Environmental fiction, but not wacko.

My kids really like the Who Was/Is and What Was/Is syndicate as well as I Survived.

Any Patricia MacLachlan book. I most love The Facts and Fictions of Minna Pratt.

Oops--little slip of the fingers (I know your brain knew what you meant), but the Ramona books are by Beverly Cleary, not Judy Blume. It makes me happy that your boys aren't averse to readng books with female protagonists. A couple other Oregon authors whose upper elementary books are excellent are Ellen Howard and Susan Fletcher. Susan's Dragon Milk series are wonderful fantasies, and her others are exciting and thought-provoking historicals.

Becky: Oh, thank you for catching that! Fixed.